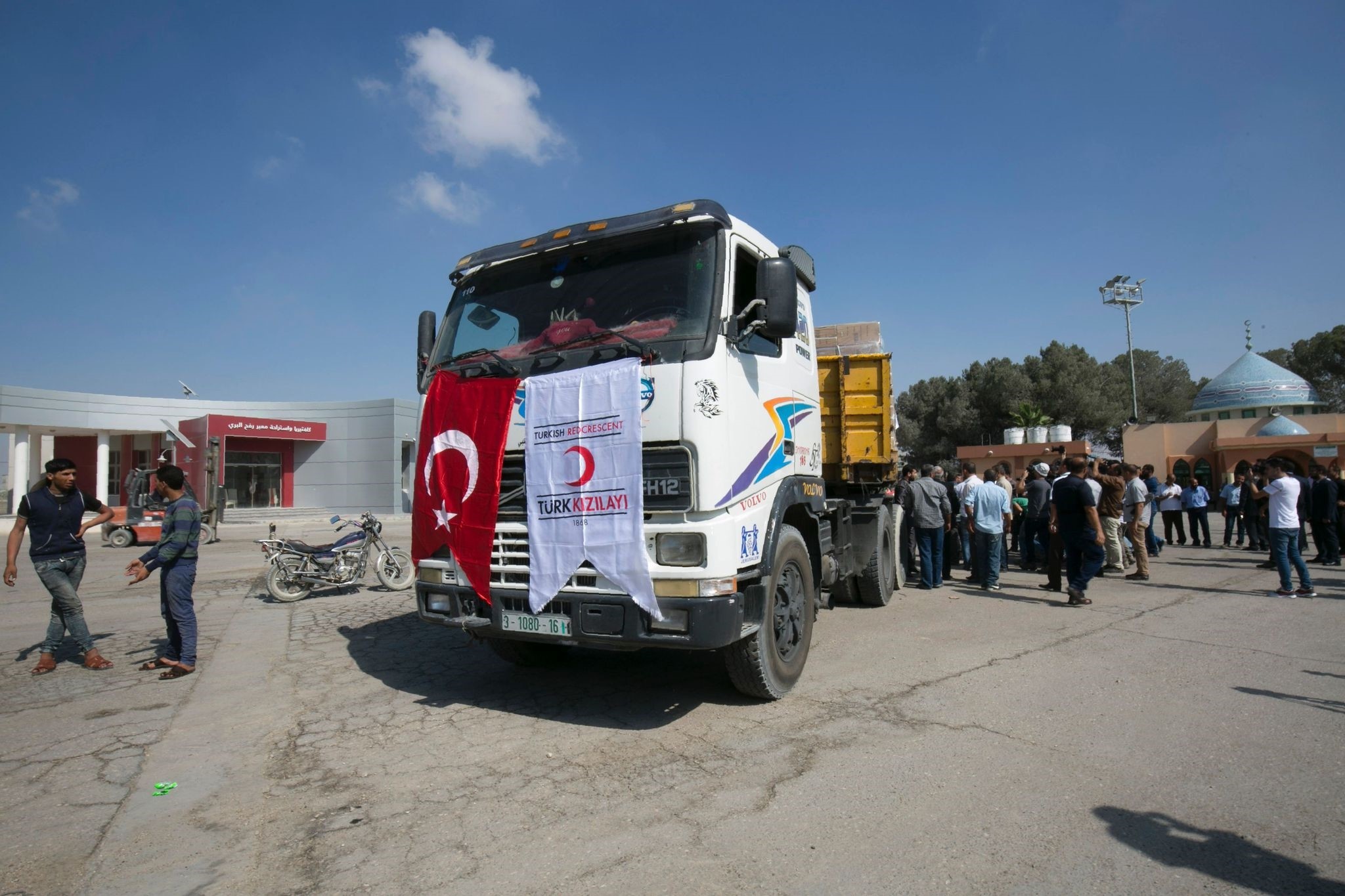 A truck loaded with aid parcels provided by Turkey is parked at the Kerem Shalom crossing near Rafah after it entered the southern Gaza Strip from Israel on July 4, 2016. (AFP Photo)
by Daily Sabah Jul 04, 2016 12:00 am

The aid, consisting of flour, rice, sugar, food packages and toys, initially arrived in the Israeli port of Ashdod aboard the Lady Leyla on Sunday afternoon.

The Panama-flagged ship carrying 10,000 toys and 10,000 packages of food and aid to be delivered to children in Gaza via the Israeli port of Ashdod.

The Turkish Red Crescent are putting efforts to swiftly transfer the aid and distribute to Gazans, the Social Affairs Ministry said.

The ship set sail Friday following reconciliation deal between Turkey and Israel after a six-year hiatus.

The Mavi Marmara aid ship was among six civilian vessels trying to break Israel's blockade of Gaza when Israeli commandos boarded it.