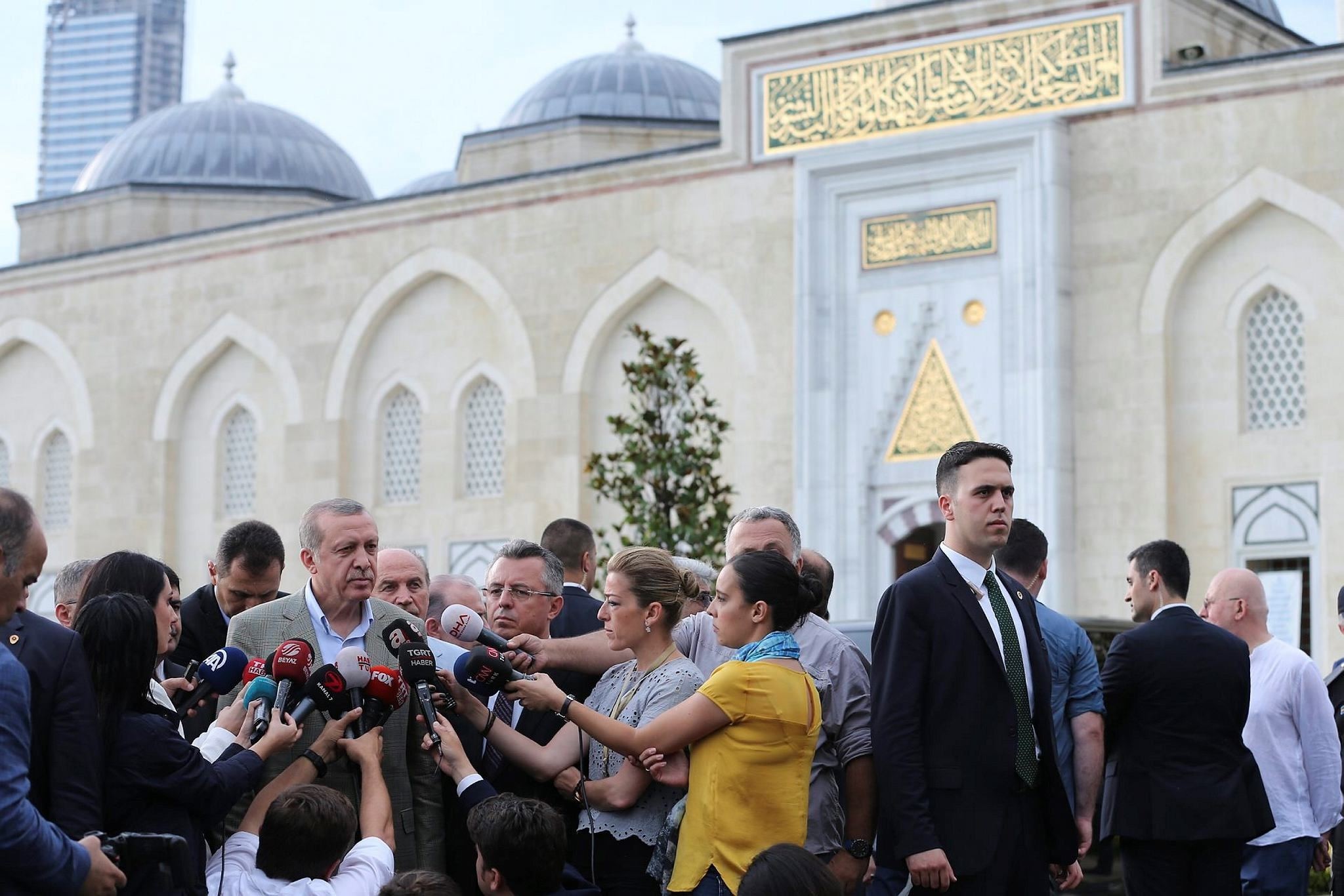 President Recep Tayyip Erdoğan performed the Eid al-Fitr prayer at Ataşehir Mimar Sinan Mosque in Istanbul Tuesday morning as millions of Muslims in Turkey celebrated the end of Ramadan feast after a month of fasting.

I would like to extend my warmest wishes to Muslims celebrating Eid-ul-Fitr. May this blessed day bring peace and joy to humanity.


The celebrations marking the end of Ramadan, with many Muslims in Turkey eating only between sunset and sunrise, started early Tuesday morning with the Eid al-Fitr prayer in mosques across Turkey.

After praying at the Eyüp Sultan Mosque in Istanbul, Prime Minister Binali Yıldırım emphasized the fight against terror and said: "The soldiers, police and all security forces are risking their lives to protect Turkish borders and the peace within the country. Turkey's fight against terrorism will continue, we will do everything to clear Turkey's agenda of this terror plague."

Turkey has declared Tuesday as the first day of Eid. However, in the case of cloudy skies, rain or other natural phenomena, most of the Muslims in other parts of the world will continue fasting for one more day and Eid will be on July 6, 2016.