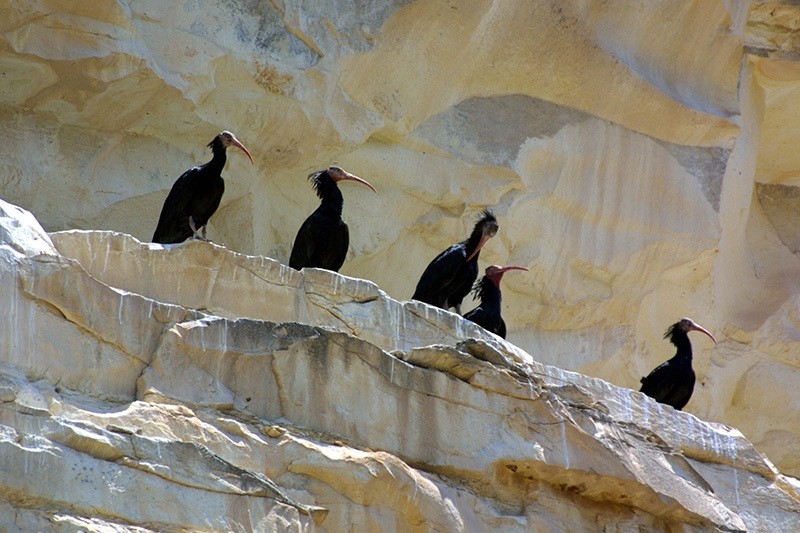 The Directorate of Nature Conversation and National Parks has decided not to let endangered northern bald ibises migrate this year since others have not returned from migration that follows a route passing from war-torn Syria.

The Bald Ibis Reproduction Center, which was established in 1977 in Şanlıurfa's Birecik district located some 20 kilometers north of the Syrian border, works to facilitate the birds' survival and reproduction. The center feeds them a special diet including fat-free ground meat, boiled eggs, grated carrots, chicken feed and unsalted cheese.

This year the officials put the birds, which were set free in February for reproduction, into their cages again at the end of June.

It is already difficult to provide the necessary conditions for the reproduction of the birds, according to officials.

The center's officials decided not to permit the birds to migrate until the war in Syria ends because previous birds from the center have not returned after flying over Syria.