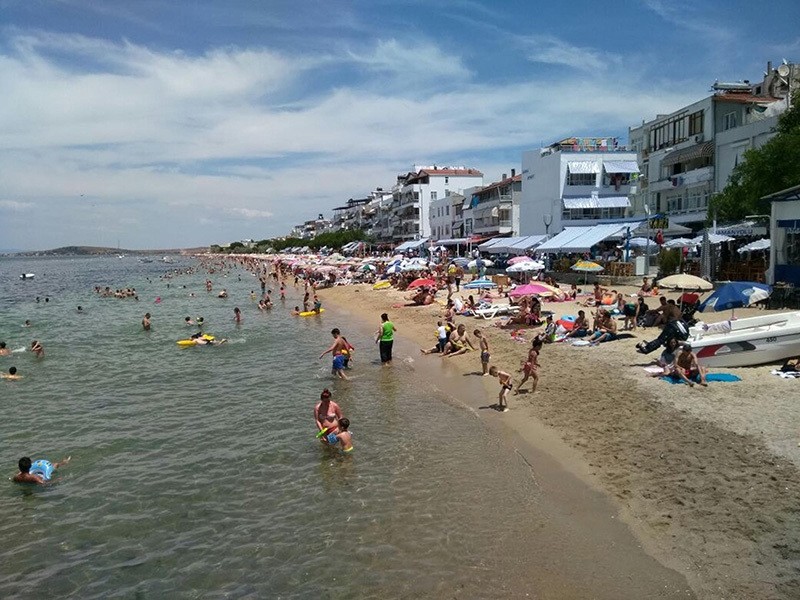 As the population of a popular resort island town of Avşa for Istanbulites located in the Marmara Sea increased by more than 500 percent during the nine-day long Eid al-Fitr holiday, grocery stores and bakeries are having a hard time in coping with the demand.

Around 130,000 visitors flocked to the small Avşa Island during the holiday, which has a population of 2,500 during the winter months. Throughout the Marmara Islands, which consists of five inhabited main islands along with many other smaller islets, the population jumped from 8,000 to 250,000.

As a result, long queues were formed in front of bakeries and grocery stores, with many customers not finding what they were looking for at market shelves. Due to limited resources, the island's water is being provided through desalination of sea water.

Many visitors who could not find any empty beds in hotels were seen spending the night at the beach or in mosques. Despite all of the disturbance, the islanders, who make their living mostly with tourism, are doing their best to accommodate the tourists.

Although not as problematic as Avşa Island, similar scenes were also observed in almost all resort towns across Turkey's coastline. The population of Bodrum, often cited as Turkey's tourism capital, jumped from 170,000 to two million during the Eid holiday. In Çeşme, preferred extensively by domestic tourists, the population increased from 40,000 to 700,000.