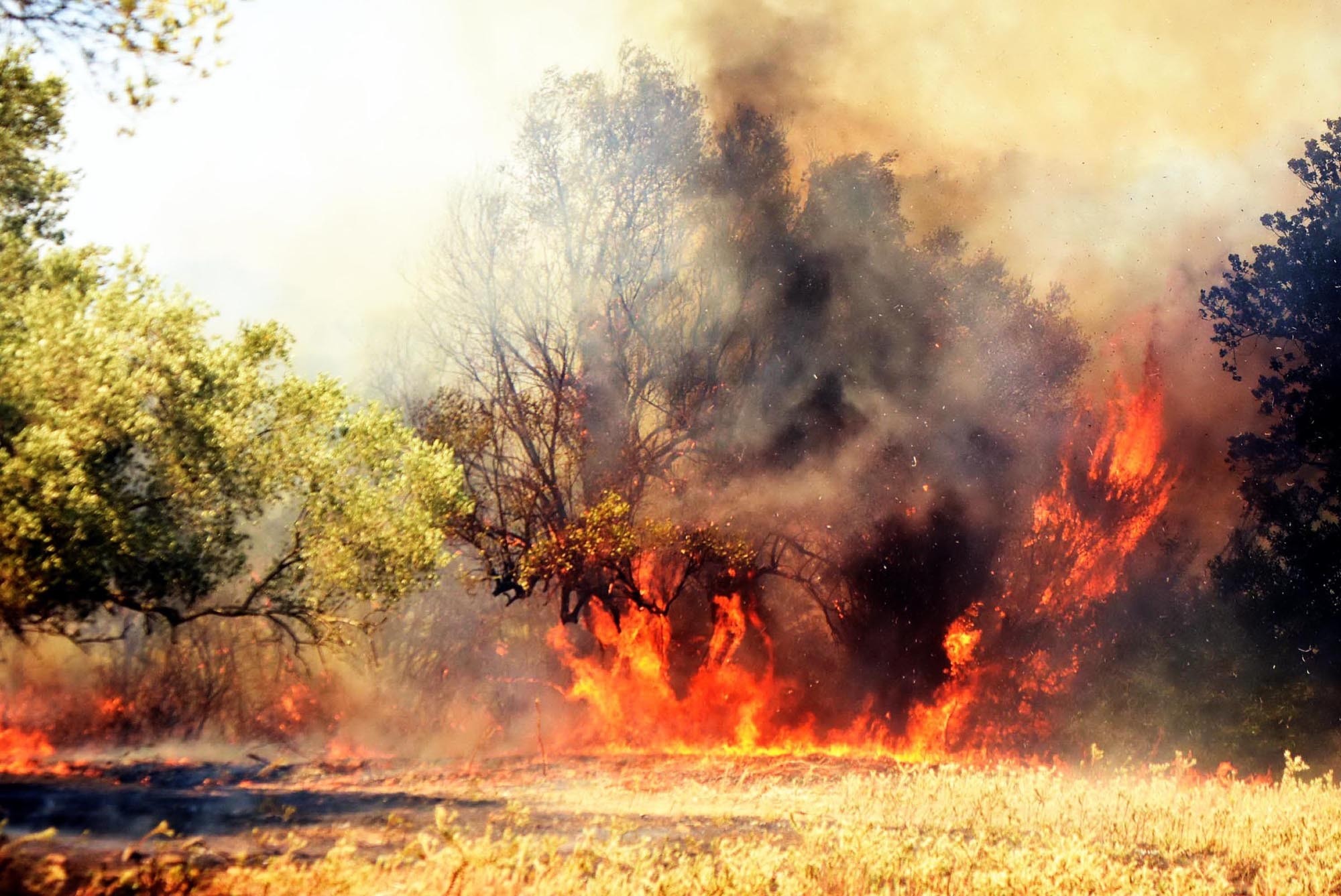 Firefighters and locals on the Bodrum peninsula on Turkey's southwestern coast battled a blaze that went on for nearly seven hours, destroying many acres of forest and threatening nearby villages.

The wildfire began the neighborhood of Dereköy on Sunday afternoon and spread rapidly because of strong winds, toward Çilekdağı woods.

35 acres of macquis groves, 20 acres of olive groves and farm lands were destroyed in the fire, according to initial reports.

Officials also said three planes and four helicopter joined the firefighting efforts while the closed Bodrum-Turgutreis highway was reopened after the fire was taken under control.

The Muğla branch of the Disaster and Emergency Management Presidency of Turkey (AFAD), the 911 and the Bodrum branch of AKUT Search and Rescue Association helped extinguish the fire.

Locals also helped to put out the massive fire with buckets full of water and fire extinguishers.

A fire two days earlier had also burned down about 25 acres of land in Bodrum.

One of Turkey's most popular tourist destinations, Bodrum sees several million foreign and many more local tourists every year.