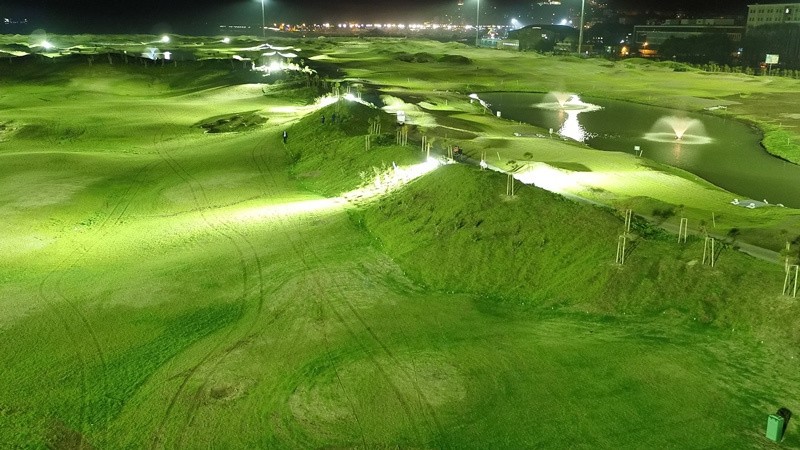 The construction of the world's first golf course on an artificial island in Turkey's Samsun province located in the Black Sea region is almost finished, according to the Samsun Metropolitan Municipality.

The municipality launched the project last year and the construction of the golf course has almost come to an end now.

Yusuf Ziya Yılmaz, the mayor of the city and the mastermind behind the project said that it will not only make a great contribution to the city's economy but also provide employment for many.

"The golf course, with nine holes, is the first course to be built on a sea bulkhead line. It is the biggest golf course in Turkey. The course will cover 340,400 square meters field. Of that, 110,400 square meters will be landscape and recreation field. There will also be three artificial lakes. It will bring prestige to our city and boost tourism," Mayor Yılmaz said.

Yılmaz believes Samsun will earn economic income from renewed tourism, saying, "Sixty-one million people play golf globally. About 27 million of them travel abroad for golf. The golf industry's turnover is $196 billion in the U.S., 5 billion euros in Spain, while it is only $150 million euros in Turkey. Why shouldn't Samsun get its share from these 27 million golf tourists. Despite the fact that golf is commonly known as a sport that is only played by the elite throughout the world, it entails a rich culture that will contribute to our city. It attracts investors and qualified people. Besides, it contributes to the economy and employment."

61 million people around the world play golf and 27 million of them travel with the aim of playing this sport. 1.64 percent of the budget of the United States, i.e. $196 billion, is made up of the golf industry.

With the golf course project on an artificial island, Samsun, as the mayor of the city highlights, might be a potential market for those 27 million golf lovers who travel to play the sport.