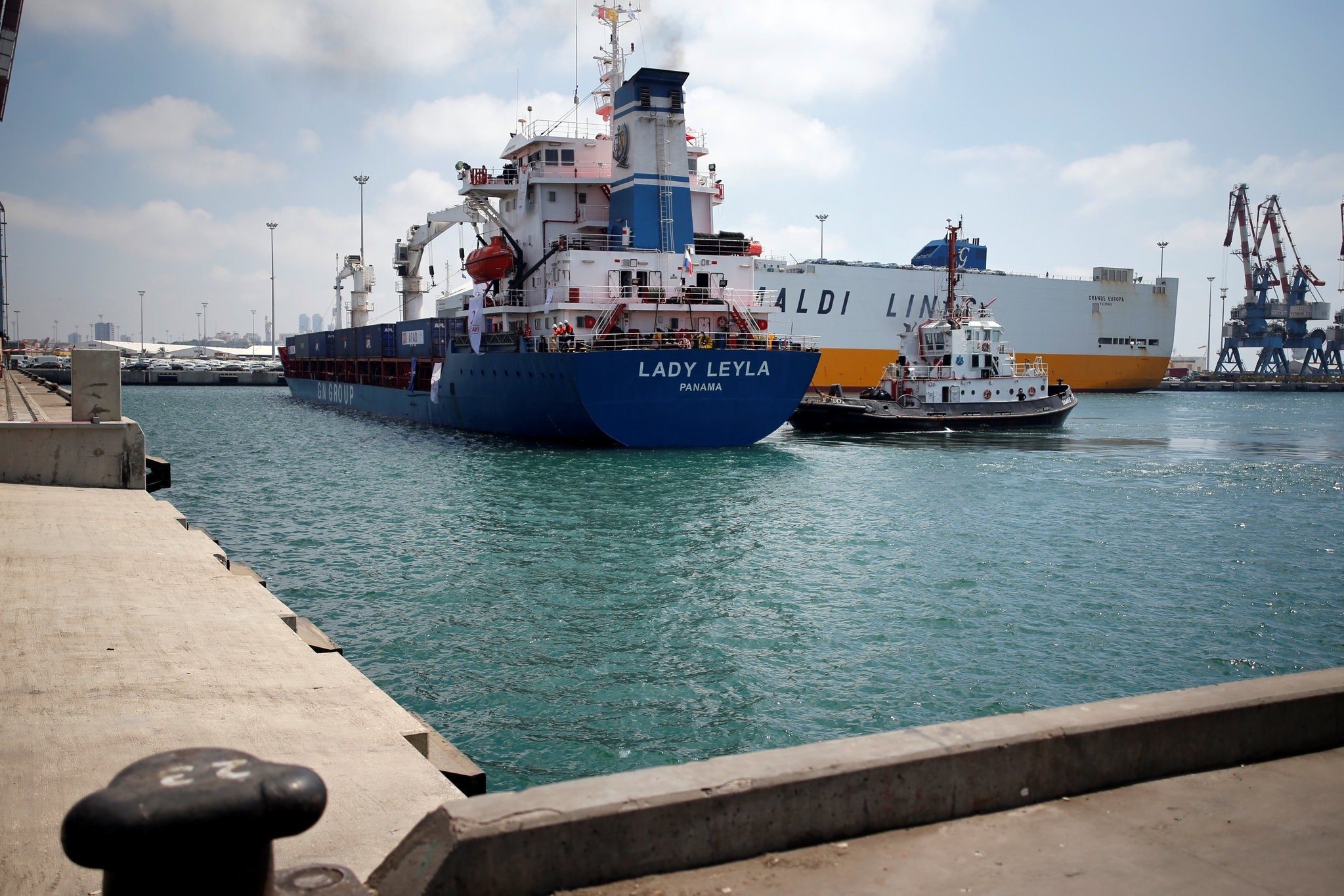 After sending the Lady Leyla aid ship with 11,000 tons of supplies for the Gaza Strip, Turkey plans to send a second air shipment by September, before Qurban Bayram

Speaking in Turkey's capital of Ankara, Kaynak confirmed that another aid ship will be readied before the holiday this fall.

Following the restoration of Turkish-Israeli ties, a Turkish aid ship carrying 11,000 tons of supplies for the Gaza Strip arrived at Israel's Ashdod port on July 3, just before the post-Ramadan holiday.

The Panama-flagged Lady Leyla delivered 10,000 toys for children and 10,000 packages of food.

The ship launched through the combined efforts of the Prime Ministry's Disaster and Emergency Management Authority (AFAD) and departed from Turkey's southern port of Mersin on July 1.

Trucks carrying the cargo from the vessel, which is anchored at Ashdod, entered Gaza through the Karm Abu Salem crossing, which is controlled by Israel, on July 6. Mounir al-Galban, the Palestinian official overseeing the Palestinian side of the crossing, told Anadolu Agency that the trucks brought 2,000 tons of humanitarian aid of basic staples such as flour, sugar, rice, clothes and shoes. The aid was handed to the Social Affairs Ministry of the Hamas government in Gaza. As an additional gesture, Israeli authorities allowed the transfer of fuel oil through the crossing into Gaza, which suffers from a dire energy crisis stemming from the Israeli blockade.

"Israel realized our terms to revive relations between the two countries," he said. "Israel agreed that Turkey will be the coordinating country in delivering humanitarian aid to Gaza."

Kaynak said distribution of the aid shipment – food, toys and packages of aid for children – began on the first day of the Eid al-Fitr holiday and is still ongoing. He also confirmed that the new shipment will deliver as much aid as the first.

The Turkish International Cooperation and Development Agency (TİKA) recently unveiled a $13 million project to build 320 housing units in the Gaza Strip for Palestinians whose houses were demolished in the 2014 Israeli military offensive. It is just one of hundreds of TİKA-funded projects, ranging from vocational training for the disabled to water wells in the Gaza Strip. In the West Bank TİKA has also built a hospital and school, and offers humanitarian assistance such as supplying wheelchairs to the disabled. TİKA invested approximately $400 million over the last 10 years for projects in Gaza, the West Bank and Jerusalem, as well as other parts of the Palestinian territories.

Under the deal reached between Turkey and Israel, in addition to agreeing to Turkey's humanitarian presence in Gaza, Israel will pay $20 million in compensation to the families of the Mavi Marmara ship disaster victims.

Turkey and Israel reached an initial reconciliation agreement last Monday. Diplomatic relations between the two countries were suspended after Israeli troops stormed a Gaza-bound aid ship in international waters in 2010, killing 10 Turkish activists. The Mavi Marmara was among six civilian vessels trying to break Israel's blockade of Gaza when Israeli commandos boarded it.

In the aftermath of the raid, Ankara demanded a formal apology from Israel, compensation for the families of those killed and the lifting of the Gaza blockade. Israeli Prime Minister Benjamin Netanyahu voiced regret for the mishandling of the raid in 2013.