Man offers $250,000 for cellphone Erdoğan used to address the nation 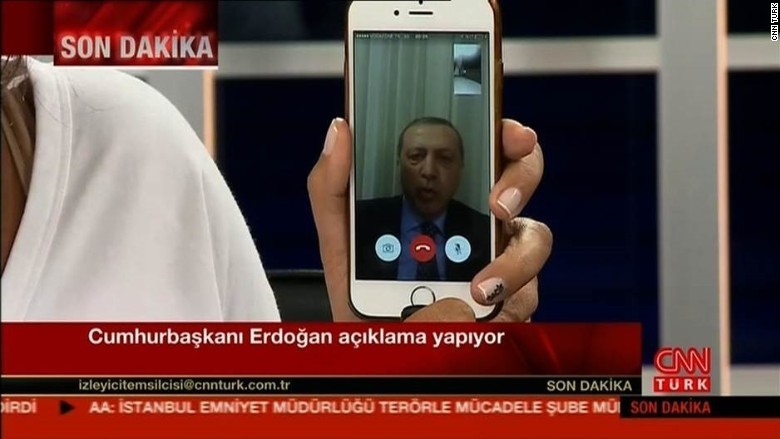 by Daily Sabah Jul 21, 2016 12:00 am
A Saudi businessman has offered $250,000 for the cellphone a journalist used to video call President Recep Tayyip Erdoğan during last week's failed coup attempt. Hande Fırat, the Ankara correspondent for CNN Türk, told Germany's Bild that the phone, which became famous after it appeared on TV, was called "the phone of freedom" on social media.

Fırat was on TV with Abdülkadir Selvi, another veteran journalist, to report developments about the coup attempt by a small Gülenist junta on July 15. As people tuned in to television to learn about the coup, she managed to keep people glued to the screen when she was granted a live interview with President Erdoğan. Erdoğan, who had been away from the capital Ankara for several days, was apparently on holiday in a southwestern vacation resort when the coup broke out and it was his first appearance in days when he appeared on the screen of Fırat's cellphone for a video call.

An excited Fırat, in perhaps the most famous broadcast of that night, persuaded Erdoğan to talk longer than scheduled and it was during that phone call the president made his call to the public to take to the streets to stand against the coup plotters. People were already on the streets but crowds grew larger following the president's call, ultimately leading to the defeat of the would-be coup leaders and their subsequent capture by police.

Fırat did not disclose whether she would sell her cellphone to the unnamed Saudi businessman.
Last Update: Jul 21, 2016 1:11 am
RELATED TOPICS