The youngest victim of Gülenist coup attempt was 15 years old 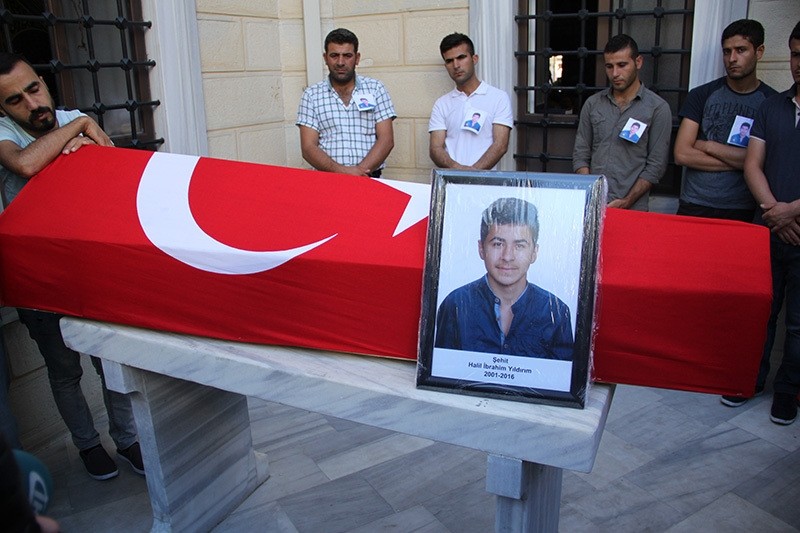 Yıldırım, who was born into a poor family, had to drop out of school and work in an Istanbul garage, his father, Bahattin Yıldırım, tells Anadolu Agency.

Halil Ibrahim was at home with his family on the night of July 15, when the coup attempt began.

His father says the boy insisted on going outside to protest against the coup.

Bahattin decided to take to the streets of Istanbul's Bayrampaşa district after President Recep Tayyip Erdoğan's protest call, made in a live broadcast on the CNN Türk television channel.

"My son fell to the ground when we were walking to resist the coup plotters. Firstly I thought he tripped and fell. I said 'get up' to him. But my son was not moving," Bahattin says.

"At that moment, I realized that he was shot. I did not see where the bullet came from," he adds.

Bahattin took his son to hospital but the child died of his injuries.

"We had a common dream. We used to want to travel other countries. The ones who carried out this [coup attempt] killed my brother and stole our dreams," he says.

"My brother went outside for his country and nation. He fought with the coup plotters. I am proud of my brother," Mustafa adds.

Turkey's government has said the attempted coup was organized by followers of U.S.-based cleric Fethullah Gülen, who is accused of a long-running campaign to overthrow the state through infiltrating Turkish institutions, particularly the military, police and judiciary, forming a 'parallel state'.

At least 246 people, including members of the security forces and civilians, were martyred during the failed putsch and over 1,530 others were wounded as they protested against it.