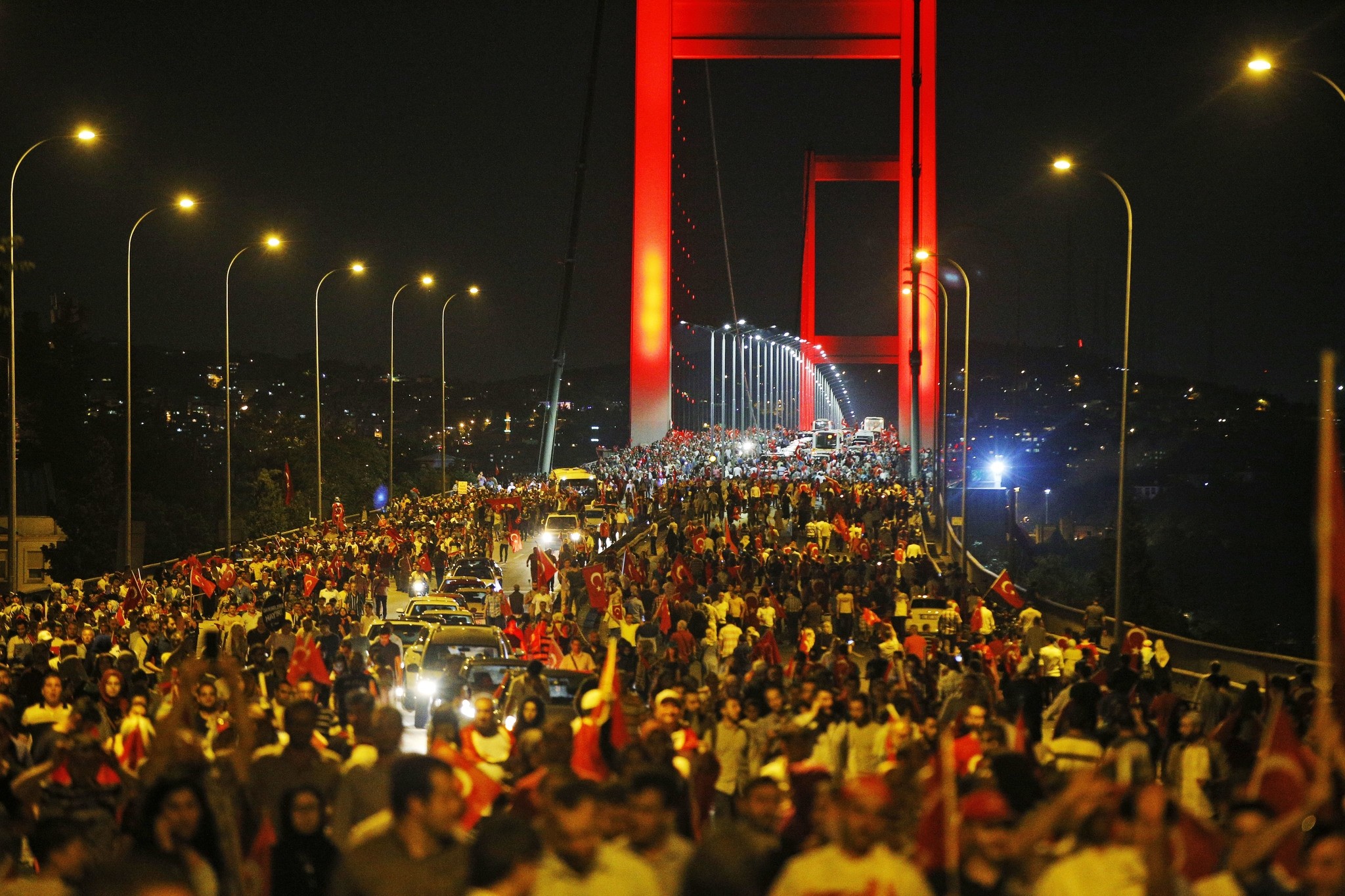 Waiving Turkish flags, the crowds on Thursday night walked across the bridge linking the European and Asian sides of the city. Some chanted "Our martyrs are immortal, our nation cannot be divided!"

The Bosphorus bridge had become an iconic spot in recent days it witnessed one of the most fierce clashes between the coup soldiers and civilians during Friday night. Coup plotters deployed soldiers to the bridge as part of their attempt to take over on July 15. Videos have emerged of soldiers firing at civilians who rushed to the bridge to counter the coup.

On July 15, a small military junta linked to the Gülenist Terror Organization (FETÖ) attempted to topple the democratically elected government in Turkey and bring martial law in effect. The attempt was prevented by the military loyal to the government along with police units and millions of people in favor of democracy. A total of 264 people, mostly civilians, were killed and over 1,500 people were injured. Opposition parties have united in condemnation of the coup attempt, denouncing it in the harshest terms and underscoring their determination to preserve democracy and rule of law in Turkey.