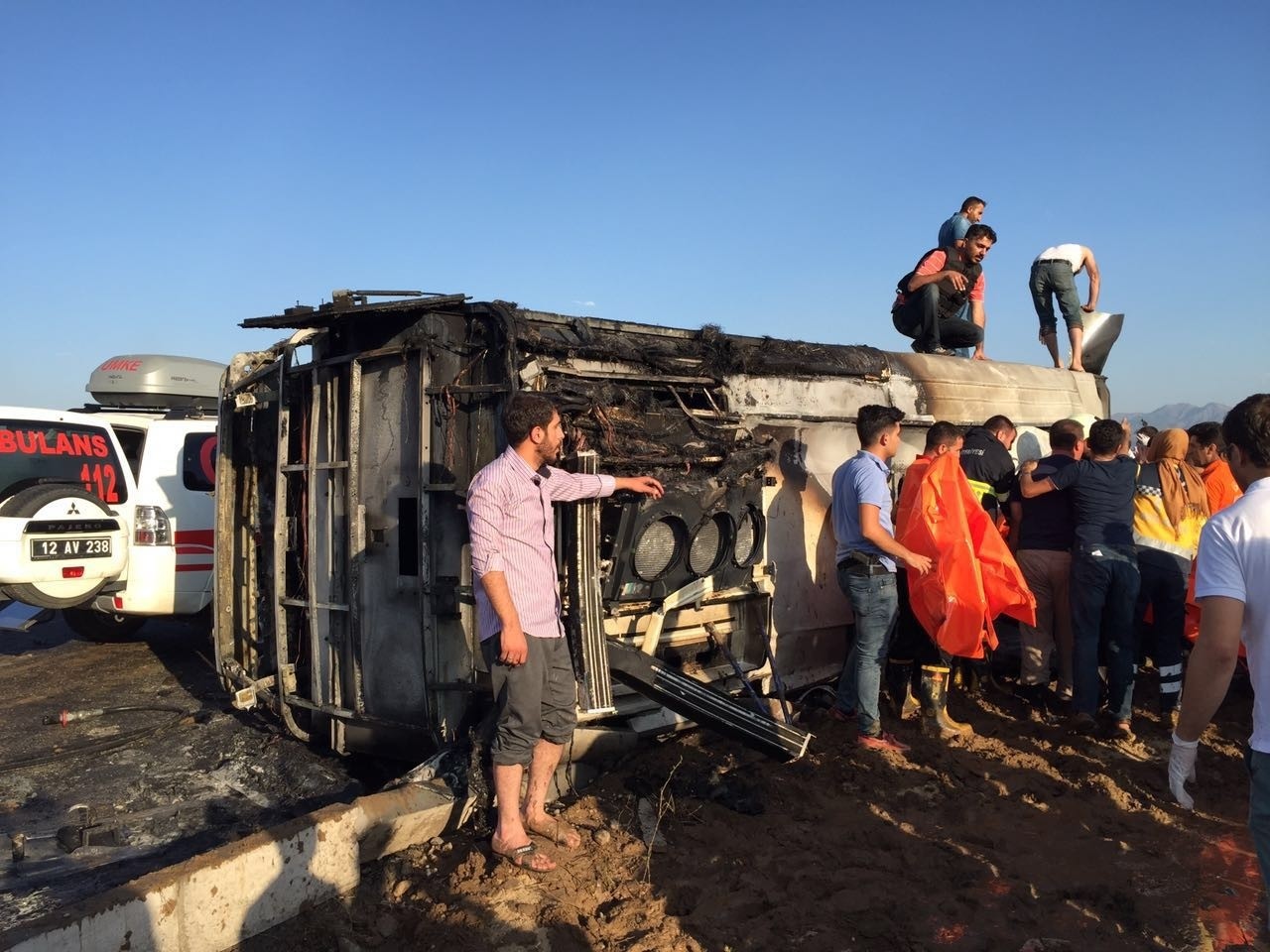 The blast which occurred at 5:45 p.m. mangled the police bus and creating a large hole on the Bingöl orbital road.

Bingöl Governor Yavuz Selim Köşger stated that a car parked on the road, packed with explosives was detonated by PKK terrorists while the police shuttle bus was passing by.

He also confirmed the initial death toll and said that two of the injured were in critical condition.

"The vehicle was camouflaged on the roadside with a Turkish flag on its back and detonated when the police bus passed by," Köşger said.

He said an operation to capture the terrorists was underway.

Ambulances were dispatched to the area while the injured officers were taken to nearby hospitals.

Meanwhile, Bingöl residents gathered in front of the hospital where the injured were under treatment and shouted anti-PKK slogans.

The PKK-listed as a terrorist organization also by the U.S. and the EU-resumed its 30-year armed campaign against the Turkish state in July 2015.

Since then, over 600 security personnel, including troops, police officers and village guards have been killed and more than 7,000 PKK terrorists killed in operations across Turkey and northern Iraq.