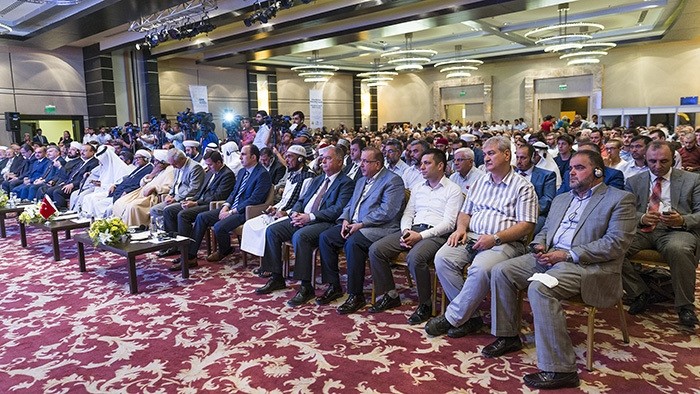 The International Union of Muslim Scholars, a Qatar-based group which brings together clerics and scholars from across the globe, began a two-day meeting yesterday in the city of Konya, which was designated the Islamic Capital of Tourism by the Organization of Islamic Cooperation (OIC).

The meeting will focus on economic issues faced by the Islamic community as well as discussions regarding the cities of Konya and Madinah, both significant centers in Islamic history, and will be attended by 63 scholars from 25 countries. The meeting opened with statements denouncing the recent coup attempt by a Gülenist junta in Turkey.

Egyptian scholar Yusuf al-Qaradawi heads the international group and said in his opening speech that the International Union of Muslim Scholars provides a necessary unity for scholars who are part of the same Ummah (nation) of the Prophet Muhammad.

Al-Qaradawi praised Turkey's victory over the enemies of Islam, referring to the Gülenist junta. The followers of the controversial U.S.-based former imam Fethullah Gülen are part of a movement which devolved from religious affiliations into a terrorist organization. "A Muslim cannot deceive fellow Muslims, nor can they harbor enmity against them. Muslims should work for their fellow brothers before all else," said al-Qaradawi. The Egyptian cleric noted that even though Turkey has long sought to revive its days of glory as a sovereign nation, it has fallen victim to people with hidden agendas. "Allah foiled this dirty plot."

Al-Qaradawi went on to note that Muslims need to follow in the footsteps of the Sahaba (the companions of the Prophet Muhammad, who helped to spread the word of Islam) so that they can regain their liberties and power.

International Union of Muslim Scholars Secretary General Prof. Dr. Ali Muhyiddin Karadaği said that as scholars, it is their duty to stand with Turkey. "The coup attempters who tried to destroy Turkey nonetheless did the country the favor of bringing the citizens together. It is an important task for the ummah to fight together against common enemies. We stand with Turkey, because it stands for the rightful causes of the people of Egypt, Palestine, Libya and Yemen."
Last Update: Aug 03, 2016 5:42 pm
RELATED TOPICS