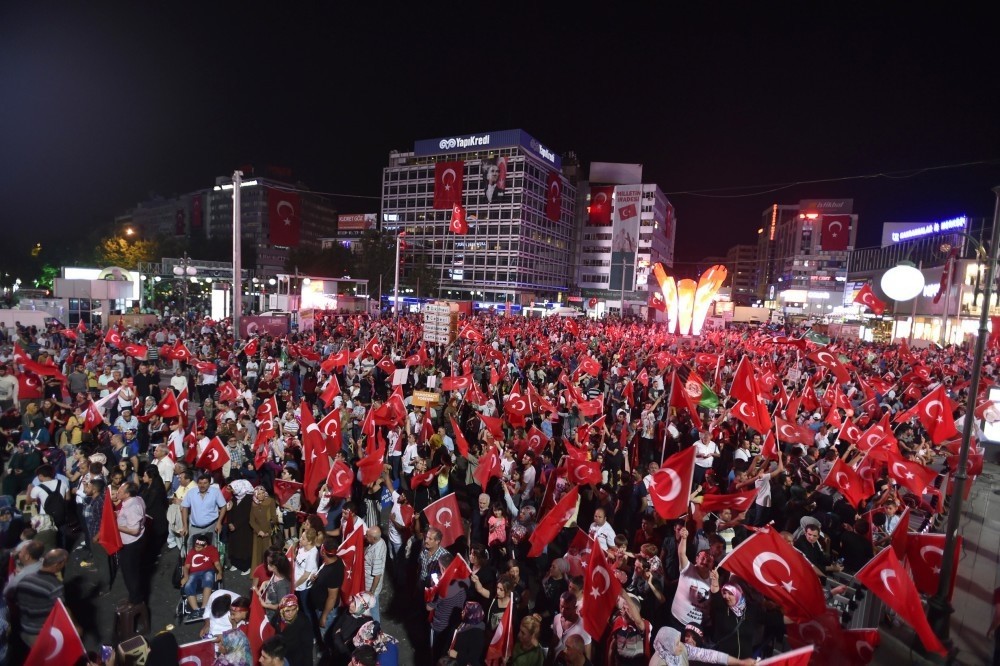 Democracy rallies have attracted large crowds every night in the capital Ankara and 80 other provinces of Turkey where they turned into a symbol of patriotism and democracy, following the July 15 coup attempt.
by Daily Sabah Aug 10, 2016 12:00 am

The people have continued to occupy the streets every night after the July 15 coup attempt, which the government has accused Gülenist officers of perpetrating. Rallies called "democracy watch" to symbolize the resistance to the putsch attempt that was prevented thanks to the public standing against the coup forces, will be held for the last time on Wednesday night.

The nationwide events, which have seen thousands in the streets and squares every night, were called for by President Recep Tayyip Erdoğan and Prime Minister Binali Yıldırım on the night of the coup. A large rally at Istanbul's Yenikapı Square was held on Sunday, the largest of its kind with about 5 million people, including opposition party leaders in attendance. At the rally Erdoğan extended the "democracy watch" to Wednesday and Yıldırım said yesterday that Wednesday's rallies would only be "a pause to the democracy watch," although he did not further elaborate. 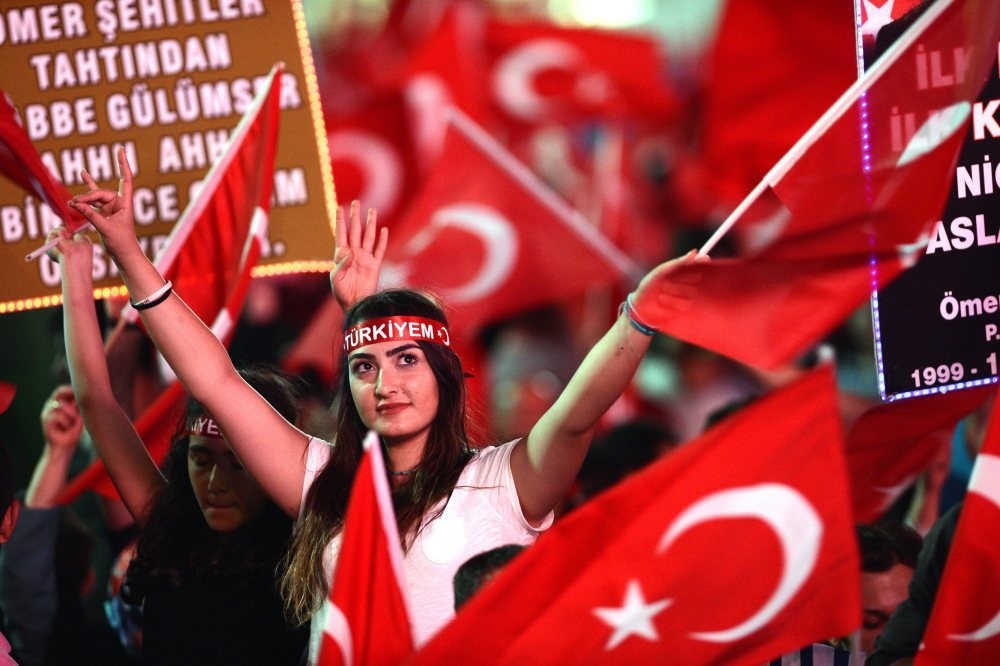 Large crowds at the nightly rallies adorned with Turkish flags are expected to attend the final rallies across the country.

Thousands were present at Monday night's rallies. Amid patriotic songs blaring from loudspeakers, crowds listened attentively to politicians, celebrities and dignitaries addressing them from the stage, urging the new-found unity to continue.

Erdoğan's son Bilal was among those addressing the crowd in Istanbul. At a rally outside his father's residence in the Üsküdar district, a popular destination for pro-democracy rallies, he criticized the West for its stance on the coup attempt and slammed Fethullah Gülen, the prime suspect in the putsch attempt as the leader of the Gülenist terror cult. He said he was among those Gülenists sought to imprison on trumped-up charges, referring to an attempt by Gülenist prosecutors, judges and police to convict people close to the government. "We were resilient and patient. We knew justice would prevail and their plots would be revealed," he told the crowd. Bilal said people failed to notice the Gülenist plots to seize power. "Now we have 240 martyrs, but we also have a legendary resistance," he said, referring to the people killed resisting the coup attempt. "They had plans, but God has a plan, too," Bilal said. He also heavily criticized Gülen for exploiting religion and bringing shame to all Muslim clerics. 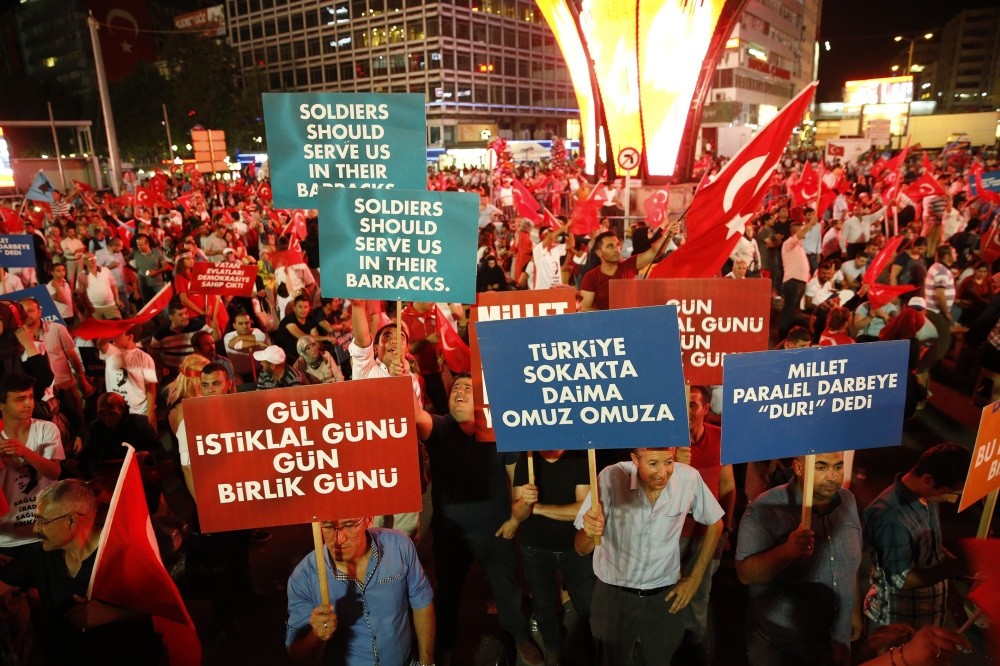 He also slammed Western human rights organizations and leaders of European countries for voicing concerns on the detention conditions of those accused of involvement in the coup attempt. He said the West ignores the heroic resistance of the people against the coup and instead focuses on defending the coup plotters. "We are aware how the West would act if the coup succeeded. They would support its leaders just like they did after the coup in Egypt," he said. He also criticized heads of state from Western countries for not visiting Turkey to show support after the foiled coup.

Turkey was rocked by the coup attempt, the third major attempt by the military to seize power in its history, on July 15. Coup plotters linked to U.S.-based, former imam Gülen, who is accused of leading an eponymous terror cult, tried to overthrow the government and assassinate Erdoğan. However, the coup attempt did not find support among military commanders, and Chief of General Staff Gen. Hulusi Akar was hailed for his stand against the putschists who held him hostage. In the end, troops loyal to the state along with police units and thousands of unarmed civilians who simply stood in front of tanks and tried to convince soldiers to lay down their arms, succeeded in quelling the coup attempt. In the process, more than 230 people, the majority of them civilians, were killed and more than 1,440 people were injured. At least 2,800 officers linked to the coup have been detained or arrested after July 15, while Gülenists in all state institutions have been dismissed. Massive purges are still underway to weed out suspected sympathizers of Gülen within the bureaucracy, military, police, judiciary and politics.
RELATED TOPICS