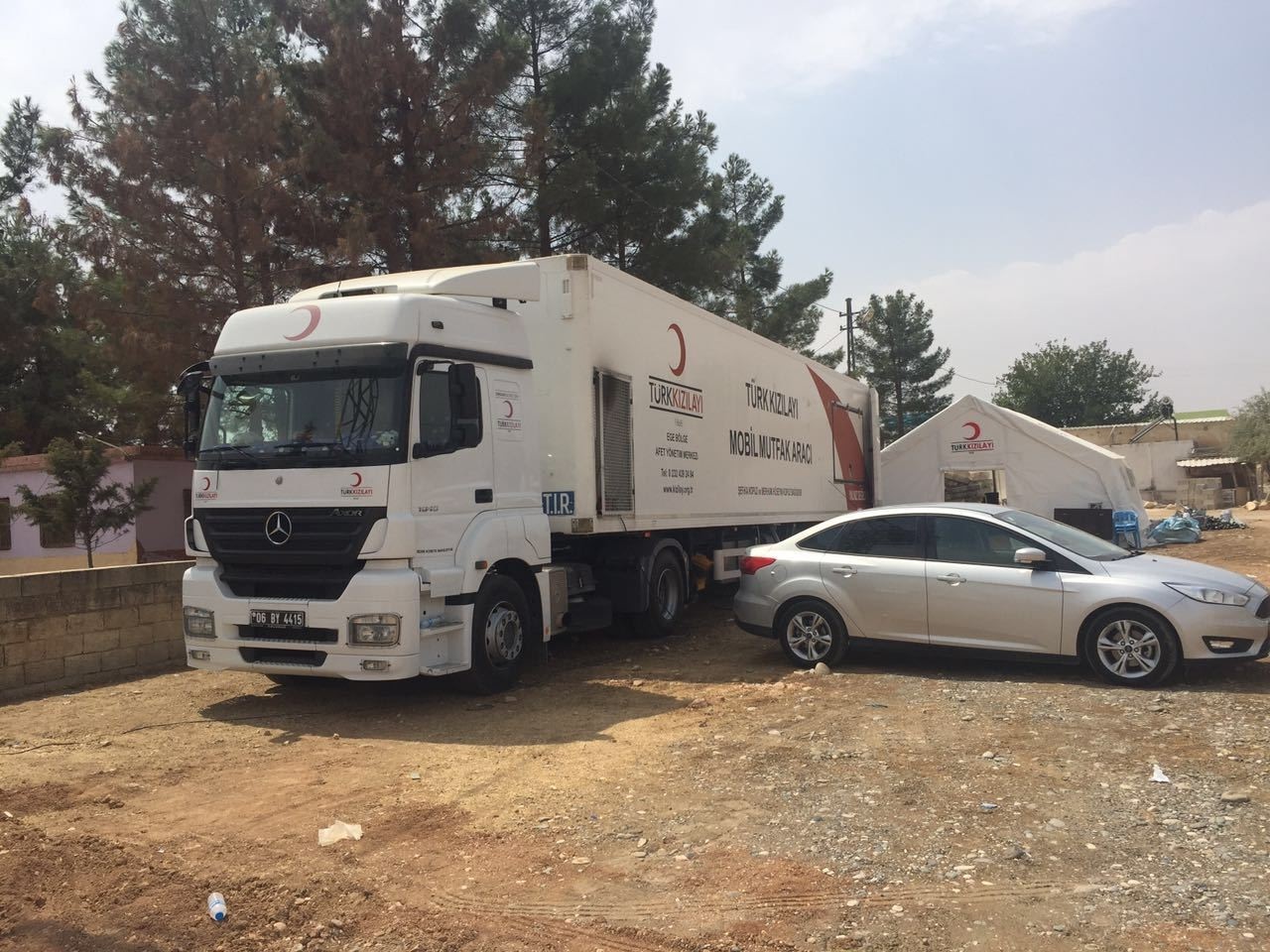 A convoy of relief supplies has entered the Syrian town of Jarablus after the Turkey-backed FSA seized full control of the DAESH-held town in less than a day.

According to the Municipality of Şahinbey, a border district in Gaziantep province, the humanitarian aid was to be delivered to the civilians living in Jarablus, the Free Syrian Army (FSA)-liberated town.

On Friday, President Recep Tayyip Erdoğan and Russian leader Vladimir Putin held a phone call Friday in which they have agreed on efforts to speed up delivery of humanitarian aid to Syria.

On August 24, the Turkish military launched a cross-border operation named the "Euphrates Shield" along with the U.S.-led coalition in Syria's northern border city of Jarablus to clear the area from the Daesh terror organization.

The operations of the Turkish Armed Forces, which has been actively fighting Daesh, have significantly contributed to the ongoing efforts of the U.S.-backed international coalition against the terror group.