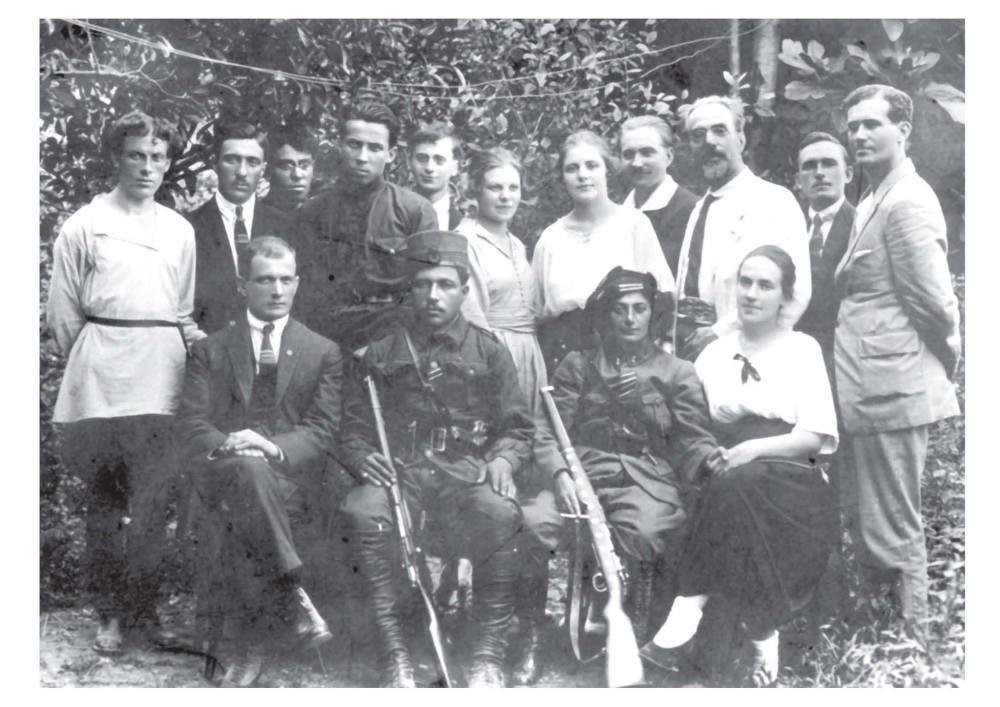 by Daily Sabah Sep 02, 2016 12:00 am
Russia's embassy in Ankara shared historic photographs from its archives to celebrate the 92nd anniversary of Turkish Victory Day on embassy's official Facebook account.

One of the photographs features Fatma Seher Erden, who is known by her alias Kara (Black) Fatma, one of the female heroes of the Turkish War of Independence outside the Soviet Embassy in Trabzon around the 1920s. The post also included the caption "First steps taken together by Russia and Turkey during the Turkish War of Independence and the friendship blossomed between the two countries."

Born in 1888 in Erzurum, Erden married the military officer Ahmet Bey and joined the Balkan Wars alongside her husband. She also took part in the Ottoman military forces in the World War I and played an important role in the independence of Bursa province during the Independence War.
RELATED TOPICS