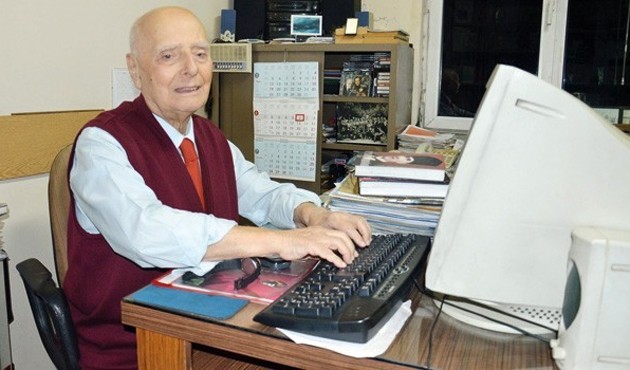 Dr. İhsan Sıtkı Yener, the founder of the revolutionary Turkish F-keyboard layout and an honorary president of the International Federation for Information and Communication Processing (Intersteno), died at the age of 91 on Saturday in Istanbul.

Yener studied the etymology of Turkish words and established the layout in accordance with that study. The Turkish Standards Institution (TSE) approved his work in 1955.

In 1963, Turkey took a further step and added a clause into its customs law, forcing companies to import typewriters with F-keyboards only. Until 1983, that law strengthened the dominance of the F-layout in the country.

Nevertheless, the introduction of personal computers with Q-keyboards into the Turkish market has weakened F-dominance over typeset and has gradually made it a thing of the past.

In an interview, Yener said: "In 1963, we were not aware of computers. If so, we would have written the law accordingly."

In the 1980s, then prime minister Turgut Özal added special Turkish diacritic letters such as Ğ and Ü onto the Q-keyboard, thus making it "Turkish".

In 2013, a long-forgotten war resurfaced. The Turkish Prime Ministry issued a memorandum that necessitated the use of the F-keyboard layout in all public institutions.

It also obliged only F-keyboard procurement and the re-configuration of all Q-keyboards to increase efficiency. After this memorandum, some public institutions introduced typing lessons for the F-keyboard.

Intersteno expressed condolences on Yener's death on their official website, and said the federation is deeply sorrowed by Yener's death.

The presidency of the Intersteno Turkish National Group also expressed its condolences on Yener's death in a written statement, and announced that his funeral will be held on Sunday in Istanbul's Şişli district.