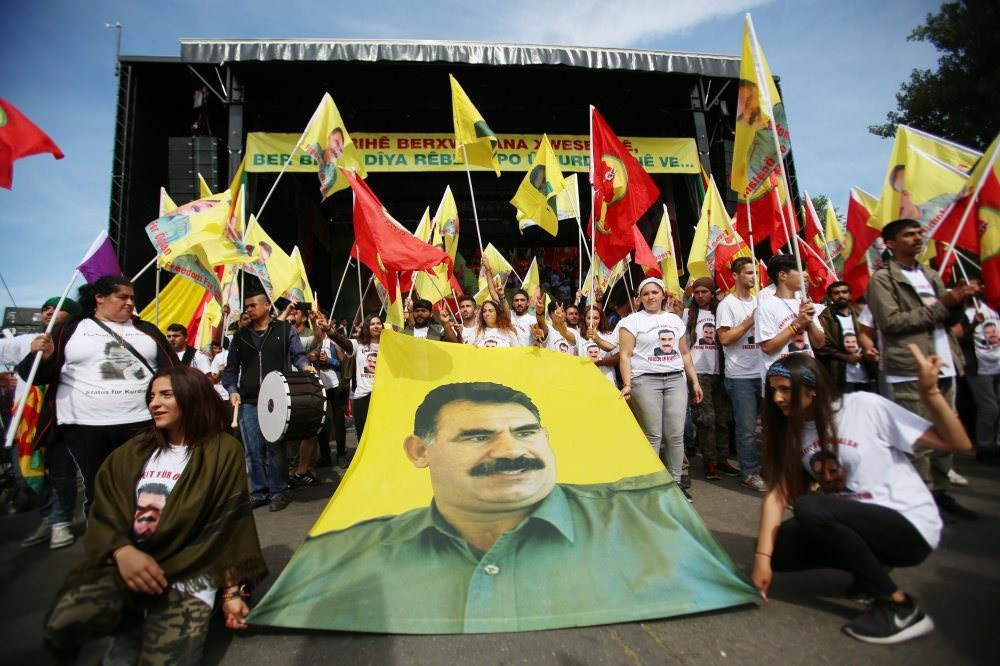 by daily sabah Sep 05, 2016 12:00 am
The same day Federica Mogherini, the high representative of the European Union for foreign affairs and security policy, unequivocally declared that the PKK was a terrorist group for the EU and all its members, tens of thousands of supporters of the PKK and its Syrian wing the Democratic Union Party (PYD) gathered in Cologne, chanting anti-Turkey slogans and waving the photos of the group's jailed leader, Abdullah Öcalan. 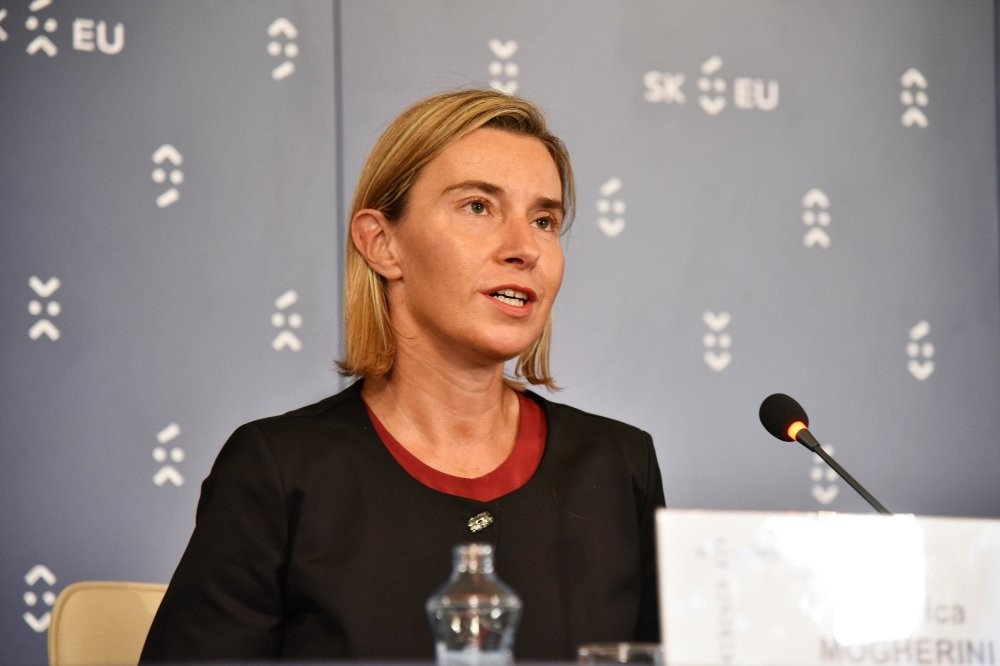 Speaking on Saturday at the end of the EU foreign ministers' summit in Bratislava, Slovakia, Mogherini called for the resumption of the reconciliation process but added that, "It is clear for the EU and all its members that the PKK is a terrorist group."

As Mogherini was uttering these words, supporters of the PKK and PYD gathered at the Deutzer Werft Square in Cologne, Germany in a rally organized by the Germany Democratic Kurdish Society Center (NAV-DEM), largely seen as an umbrella group for pro-PKK groups in Germany. The meeting was attended by the co-chair of the pro-PKK Peoples' Democratic Party (HDP), Selahattin Demirtaş and PYD leader Salih Muslim. In a show of political support from German politics, the Left Party Co-Chair Bernd Riexinger was also in attendance.

PYD leader Muslim, in a speech he made in Arabic, Kurdish and Turkish, criticized Turkey's Euphrates Shield operation. Turkey launched the operation, supported by the anti-DAESH coalition, to allow the moderate Free Syrian Army (FSA) to push back DAESH, which has been achieved, but it has blunted efforts by the People's Protection Units (YPG), the military arm of the PYD, to dominate large tracks of northern Syria.

Demirtaş, who lost his parliamentary immunity from prosecution and is currently facing criminal charges linked to supporting the PKK, called for demonstrations in support of the PKK's imprisoned leader Öcalan, adding that 50 people in Diyarbakır would begin starving themselves in Diyarbakır today to force Turkey to release information on the well-being of Öcalan. Demirtaş called for demonstrations across Turkey in October 2014, which led to the deaths of dozens. Demirtaş, in his speech, also claimed that the real target of the Euphrates Shield operation was not DAESH, but Kurds and the PYD.

Parliament Human Rights Commission Chairman and ruling Justice and Development Party (AK Party) Deputy Mustafa Yeneroğlu, in a written statement, condemned the German approval for a rally held by groups recognized as terrorist organizations, accusing German politicians and the media of hypocrisy. He noted that a pro-democracy rally held on July 31 in the same German city had caused consternation among German politicians and the media, who said nothing when supporters of terror gathered. He also said that Germany was among the countries that pledged to cooperate against terrorism and its financing but had failed to do so.

The Verfassungsschutz, the German domestic intelligence agency, estimates the PKK has about 14,000 members in Germany. The agency in June said that it could not rule out a return by the PKK to militant forms of action in Europe.
RELATED TOPICS