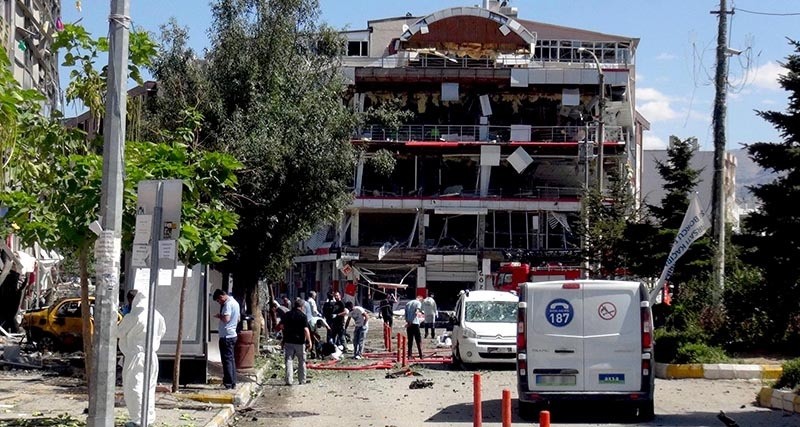 A suspected car bomb exploded in the city center of Turkey's eastern Van province on Monday, injuring at least 48 people, including two in critical condition and two police officers.

The attack took place near the city's central Beşyol Square between the Van Governorate and the ruling Justice and Development Party's (AK Party) provincial chairmanship.

Van Governor Ibrahim Taşyapan said that 48 people were injured in the attack.

Although an official statement has yet to be made regarding the assailants, the attack's targets and conduct points to the PKK terror organization, which has carried out deadly bombing attacks against official and civilian targets since a two-year ceasefire ended in July 2015.

Speaking to Turkish broadcaster CNN Türk, Burhan Kayatürk, AK Party's Van deputy, said that initial reports suggested that eleven people were wounded in the attack and were transferred to nearby hospitals. Kayatürk said that the attack was directed against the AK Party provincial headquarters and the police outpost located near the building. Beşir Atalay, former interior minister and AK Party Van deputy, told broadcaster NTV that 19 people were wounded in the attack.

Kayatürk said the fact that the attack took place on the first day of Qurban Bayram (Feast of the Sacrifice), also known as Eid al-Adha, prevented more casualties as the official celebration by the party chairmanship was scheduled for the second day of bayram.

Reports said that the city center was relatively empty as locals were carrying out their sacrifice duty or spending time with their relatives.

Initial footage from the explosion scene showed that several buildings in the area were badly damaged by the explosion.