21 missing as new migrant boat disaster unfolds in the Aegean 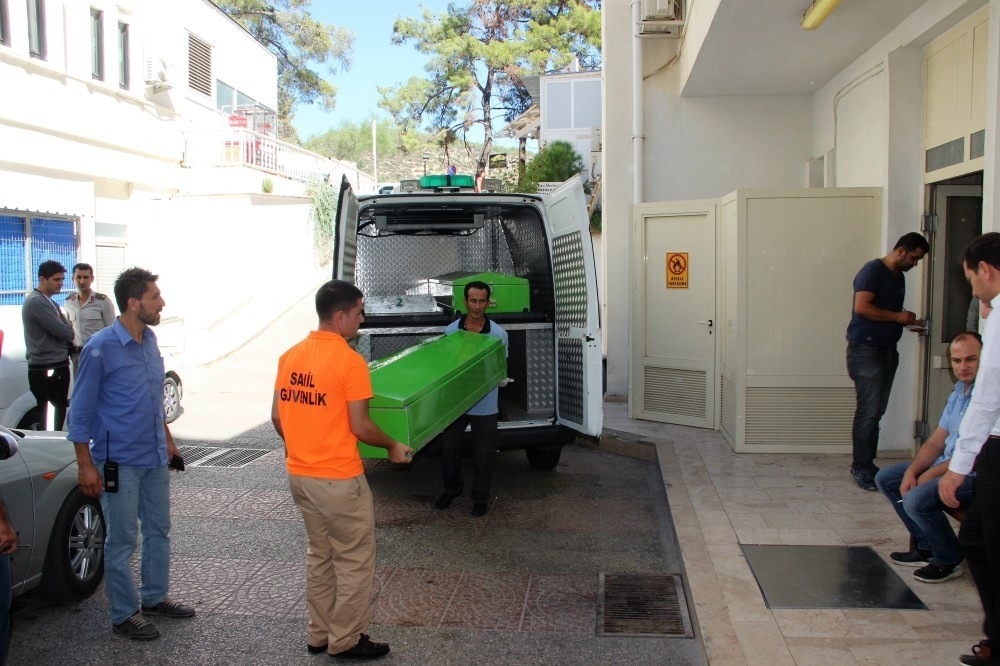 Workers carry the body of one of the victims to a hospital morgue in Bodrum. The disaster was the deadliest in recent memory.
by Daily Sabah with AA Oct 01, 2016 12:00 am

During a renewed rise in the crossings of illegal immigrants to Greece from Turkey, a migrant boat disaster on Thursday fueled fears of a return to the period before a EU-Turkey deal to curb the migrant flow when migrant deaths were almost a daily occasion.

The Coast Guard and volunteers are scanning the Aegean Sea for 21 migrants who went missing after their boat traveling to Greece from Turkey's Bodrum sank on Thursday. Six bodies were recovered from sea in two days of efforts while four others were rescued alive.

Authorities arrested one Turkish national suspected of organizing the smuggling of migrants from Syria and Pakistan.

Migrants, hoping to reach the Greek island of Kos lying just 4 kilometers from Bodrum and a popular Aegean resort, set off from the Turkish coast in a packed rubber boat. One of the survivors said they traveled from various Turkish cities for the short journey and thought they would succeed in reaching Kos. The survivor, quoted by Turkish media, said they protested when smugglers gave them a smaller boat than they expected but they boarded it anyway, dreaming to reach Greece, the closest gateway to Europe and the hub for migrants from conflict-ridden countries in the Middle East, Asia and Africa. The unidentified survivor said a Turkish man steered the boat that left the coast in the early hours of Thursday but he was "either inexperienced or drunk" because he did "dangerous moves" at sea and ultimately led to the sinking.

On Friday, five boats from the Coast Guard and two vessels from the Turkish Naval Forces joined the search for the missing migrants while a local search and rescue association contributed to the operation with their volunteers. A plane also joined the search, which was resumed on Friday morning after darkness on Thursday evening complicated the operation. The Greek coast guard also sent two boats near Turkish territorial waters in the area to help with the search. Although the weather was fairly warm in the route between Kos and Bodrum, one of the narrowest waterways in the Aegean Sea, it is believed the overcrowding might have contributed to the sinking off the Karaada district of Bodrum, a popular spot among migrants. Survivors said none of the migrants nor the Turkish captain were wearing life vests. A few possessions scattered on the sea surface were discovered yesterday and authorities believe they belong to the missing migrants.

The number of refugees caught trying to reach Greek islands from Turkey via the Aegean Sea doubled in September compared to August, according to Turkish Coast Guard data. Trying to make the perilous journey by sea, 3,300 refugees were held by the Turkish Coast Guard in September, the peak of the last six months, while 1,670 were held in August. Migration to Europe via sea routes dropped by 90 percent after Turkey and the European Union signed a refugee deal in March aiming to break human-smuggling gangs, which have been trafficking refugees and migrants across the Aegean to nearby Greek islands.

Over the seven-month period after the refugee deal in March, seven refugees were killed due to drowning or hypothermia, authorities said. Only one refugee was killed off the coast of İzmir's Çeşme district, on August 21, when a refugee boat was capsized.

Over the past year, thousands of people have made short but dangerous attempts to cross the Aegean in a bid to reach Greece, before going on to northern and western Europe. The EU-Turkey agreement reached on March 20 allows for the return of "irregular migrants" to Turkey from Greece in exchange for Syrian refugees to be relocated within the EU. The United Nations High Commissioner for Refugees reported that more than 3,000 refugees had reached Greek islands in August.
RELATED TOPICS