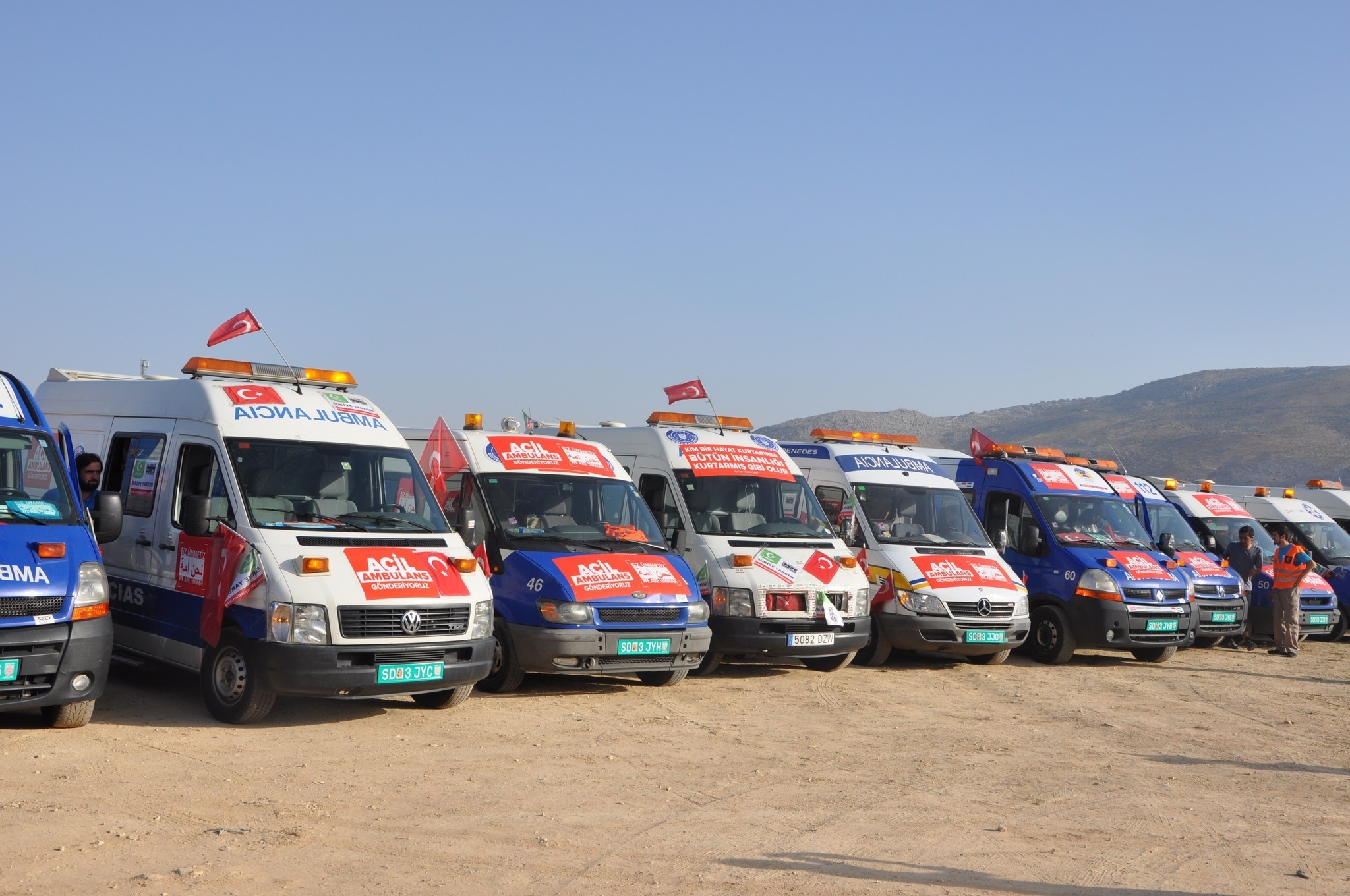 Turkey's Avrasya and Biz Ümmetiz (We are Ummah) foundations launched a joint project called "one ambulance, one thousand lives" recently to deliver 100 ambulances to Syria.

Speaking at the Cilvegözü border gate in the southern Reyhanlı district of Hatay, the representative of the charities Abdulhamit Kızıltaş said the project already realized half of its target number and the delivery made under the knowledge of Syrian interim government.

The ambulances, donated by Turkish citizens, are going to the hospitals located in Homs, rural Aleppo, Hama and Idlib.

Syria has been locked in a vicious civil war since 2011, when the Assad regime cracked down on pro-democracy protests-which had erupted as part of the Arab Spring uprisings-with unexpected ferocity.

The Syrian Center for Policy Research, a Beirut-based NGO, has put the death toll from the six-year-old conflict at more than 470,000.