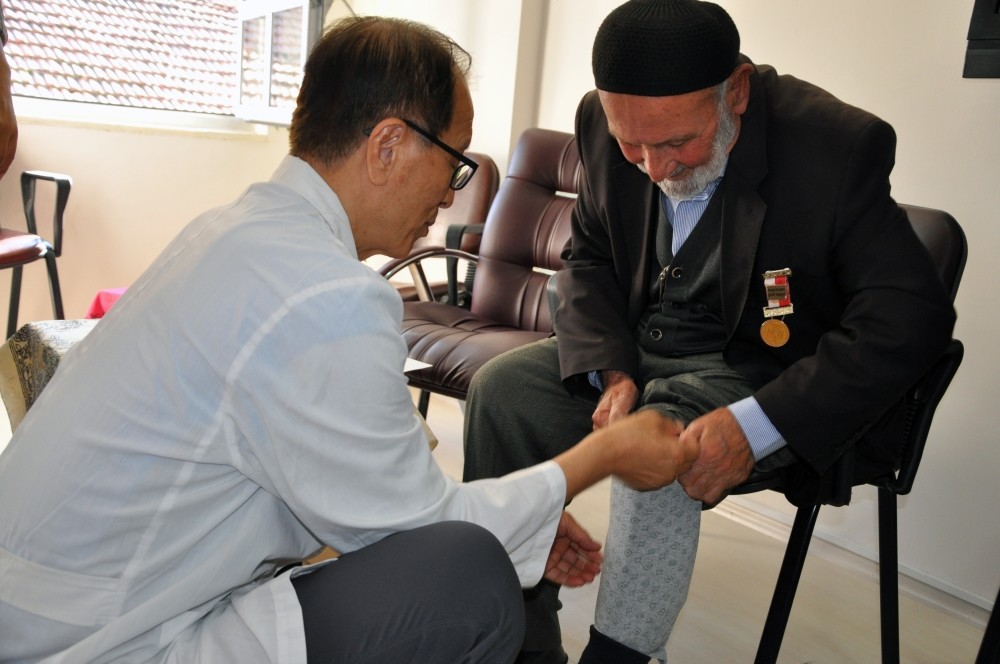 by Daily Sabah with AA Oct 13, 2016 12:00 am
In an act of gratitude, a delegation of acupuncture experts, a branch of South Korean traditional medicine, visited Turkish veterans who fought in the Korean War decades ago and offered free acupuncture sessions for them and their relatives.

Since 2014, six acupuncture experts have traveled from the far-east nation to Kastamonu, in northern Turkey, every year to put their skills to use for veterans who fought in the three years of war, between 1950 and 1953, that pitted the south Korea against north.

Yu Jongdae, one of the acupuncture experts, said they visited Turkey first in 2005 as part of a program to offer treatment for Korean War veterans in Istanbul. Since 2014 they have decided to visit the country regularly for the program, picking Kastamonu, which was suggested to them by friends familiar with surviving veterans living in the city. "The veterans are almost ninety-years-old now and we try to improve their health," Yu said. He said Turkey and South Korea always enjoyed very good relations. "We call Turks our 'blood brothers' and we hope our relations will further prosper," he added.

Yu says Turkey, which joined an international coalition during the war, was instrumental in helping the South Korea in dire times "when we did not have means to defend ourselves." He explained, "We had nothing, nothing for the fight. We are extremely grateful to Turkey. You never hesitated in helping us and Turkish soldiers lost their lives for it. You fought for us and died. We are now trying to pay off our debt to Turkey."

Some 741 Turkish soldiers from a contingent of 5,460 troops were killed in the Korean War and all of them were volunteers hailing from various cities in Turkey. The Turkish sacrifice in the war coined the term "blood ally" for Turks in South Korea.
RELATED TOPICS