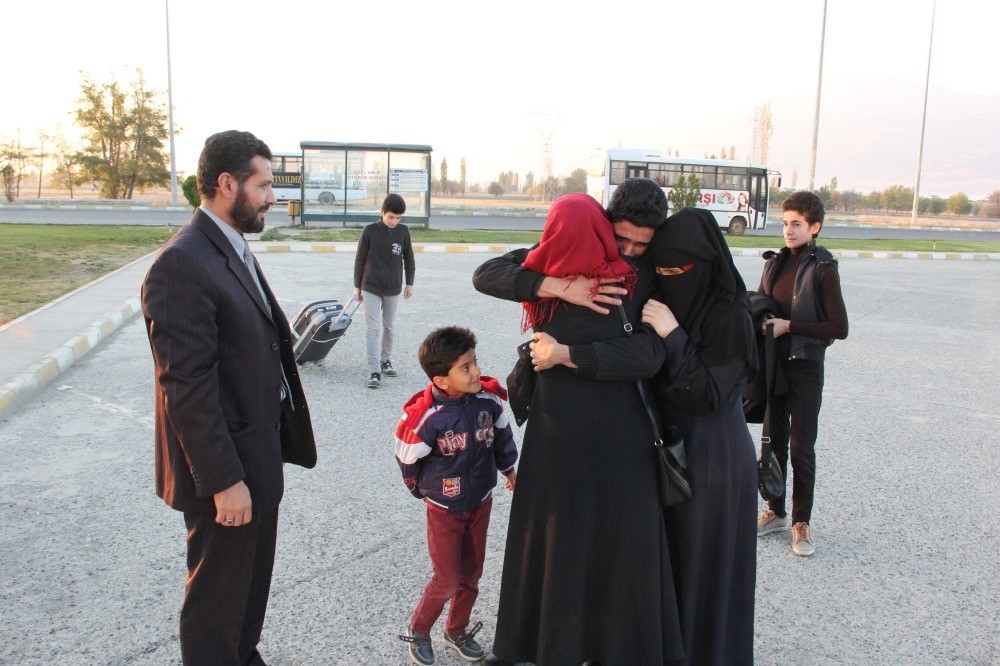 by Daily Sabah Oct 24, 2016 12:00 am
Every displaced Syrian who took shelter in Turkey amid an ongoing conflict in their country has his or her own share of drama but Shahvouds were able to find a silver lining in their sad lives hundreds of kilometers away from home.

Muhammad Shahvoud, 23, the son of a family living in Erzincan in northern Turkey, reunited with his parents after five years spent in Jordan thanks to diplomatic efforts between Jordan and Turkey spearheaded by President Recep Tayyip Erdoğan and the government.

The young Shahvoud was an 18-year-old Damascus resident when he was ordered to enlist in the army of Bashar Assad regime. He refused to join and faced death threats. Concerned for his wellbeing, his family sent him to neighboring Jordan where refugees fleeing the war traveled. He settled in a refugee camp near Amman while his father Mahmoud, a 45-year-old imam, his mother Abir and his sister Uramah decided to leave Syria one year ago as the war worsened in Syria. The family settled in Erzincan after an arduous journey and Mahmoud took up a job there as a Quran teacher. Although far from home, the family had a relatively better life than many other Syrians forced to live without a home or little money. Still, the absence of their son who they were not able to contact for five years remained a heartache for the family. Mahmoud finally decided to appeal to the Turkish government to help him arrange his son's travel to Turkey. He aired his woes to a local religious authority which employed him. His appeal eventually reached to President Recep Tayyip Erdoğan after lawmakers from Erdoğan's former party told about Shahvouds to the president. Erdoğan, who frequently boasts about Turkey's hosting of nearly 3 million refugees from Syria and "open-door policy" for Syrians, instructed the launch of a diplomatic process with Jordan. After 10 months, young Shahvoud was located and flown to Turkey from Jordan.

In an emotional moment at a bus terminal in Erzincan, Shahvoud hugged his parents and sister amid tears. The young man embraced the feet of his mother in a Middle Eastern sign of respect and his love moved onlookers to tears. "I feel like I was born again. I thank everyone who made this happen," he told Anadolu Agency amid tears. Shahvoud said his life in Jordan was "difficult" because he had "no family, no relatives" there. The young man said he always dreamed of coming to Turkey during his years in Jordan.

Speaking to Anadolu Agency, Abir Shahvoud said she cannot describe the moment she reunited with her son. "After all these years, this was what I needed. These happy moments were what we needed after all the longing," she said. Mahmoud Shahvoud says he was grateful to Turkish authorities for reuniting them with their son.
RELATED TOPICS