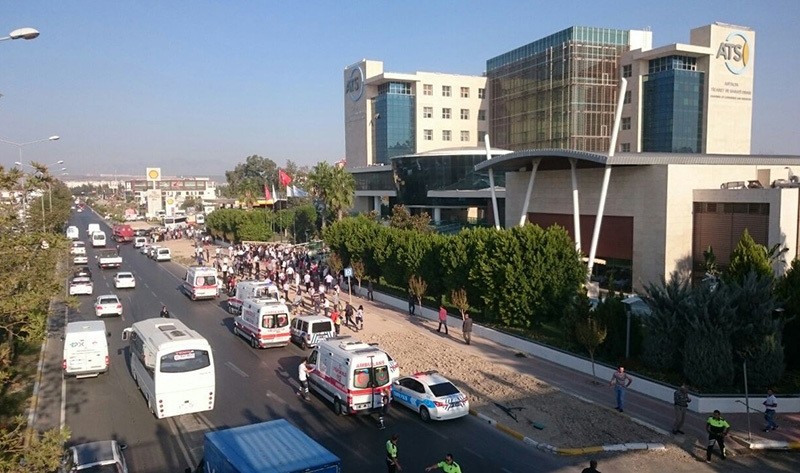 An explosion hit the parking area in the building of the Chamber of Commerce and Industry in Turkey's southern resort city Antalya, officials said on Tuesday morning.

It has reportedly been stated that the cause of the explosion and numbers of injured are still unkown, authorities said. Ambulances and fire trucks were dispatched to the explosion site.

Speaking after the explosion, Mayor of the city, Menderes Türel said that "It could be an accident and there are no life threatening injuries," and added that 10 or 12 people have been slightly injured.

Türel said that the explosion isn't a terror-linked attack.