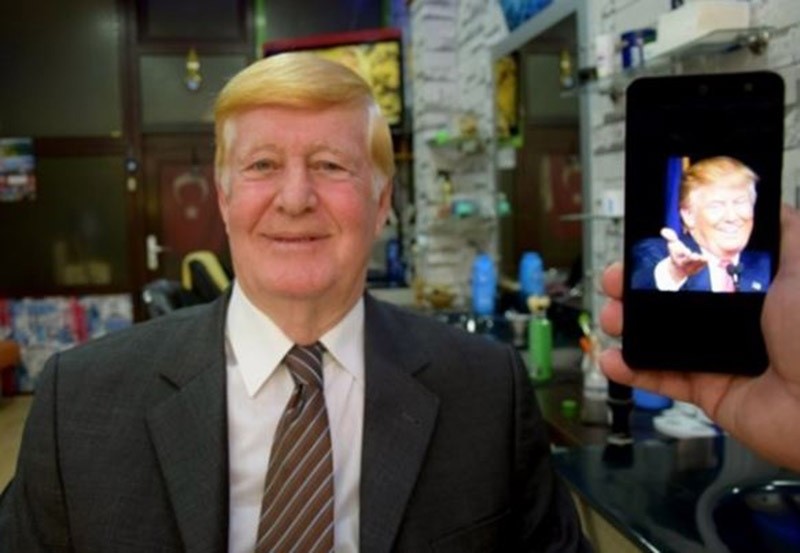 A man from northern Turkey is among the biggest winners of Republican U.S presidential candidate Donald Trump's surprise election victory for strikingly resembling the President-elect.

Topçu, a 70-year-old just like Trump, has drawn attention with his physical posture, haircut and clothing similar that of Trump.

He said that following the U.S. presidential election on Tuesday, some people even confused him for Trump as he was walking down the street.

When he was asked whether he tries to look like Trump on purpose, Topçu stated that his haircut has always been as it is now since his youth.

He also expressed his pleasure to see people saying that he looks exactly like Trump and to have his pictures going viral on social media.

Topçu added that he wishes for Trump's term to be beneficial for relations among two countries, while asking the U.S. to give active support in Turkey's fight against terror. He also reiterated Turkey's demands for Gülenist Terror Group (FETÖ) leader Fethullah Gülen to be extradited from U.S. to Turkey.