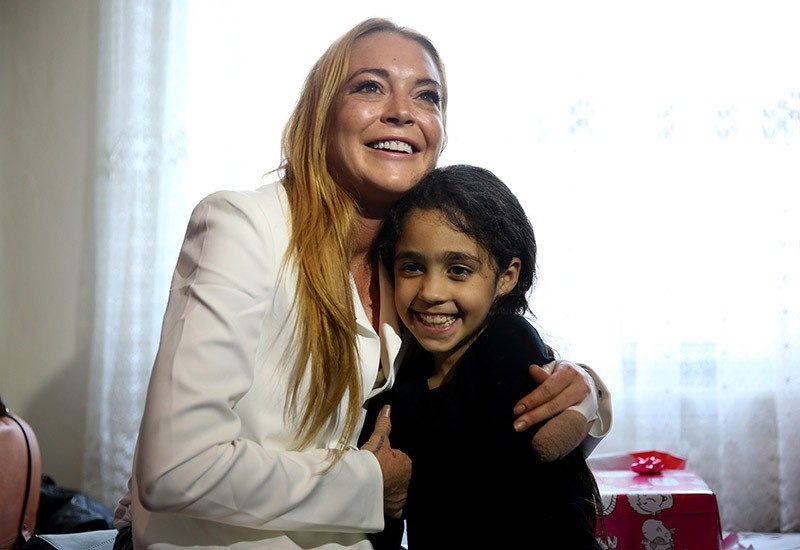 American singer and actress Lindsay Lohan has retweeted President Recep Tayyip Erdoğan's Aug. 7, 2016 post on Twitter. She also called on Twitter to organize an event to raise donations for Syrian refugees, in which she asked for contributions from Erdoğan and Russian President Vladimir Putin.

The 30-year-old American star retweeted President Erdoğan's words "I want to thank my nation which says #OneNationOneHeart, and which has today once more proved its nobility to the whole world." The tweet was shared on Aug. 7, the day of the democracy rally which gathered millions in Istanbul who stood with the democratically-elected government and president protesting the failed coup attempt in July 2016.

Lohan also shared a tweet where she called to organize an event to raise donations for Syrian refugees, and invited both Erdoğan and Putin to contribute to the initiative. 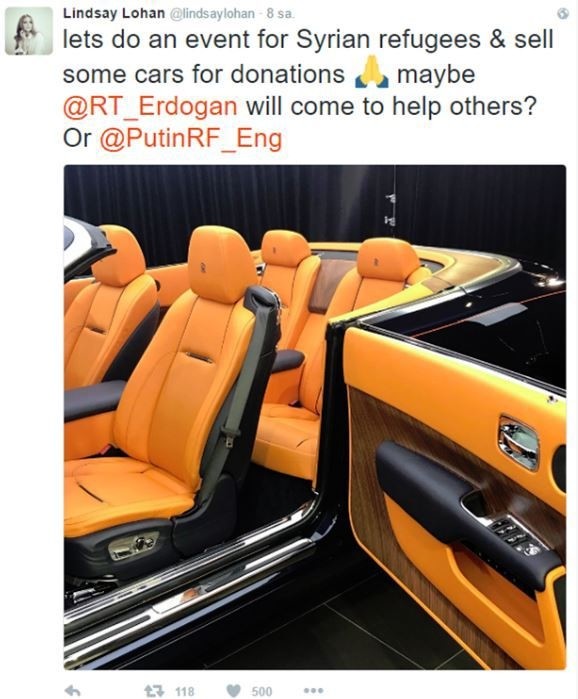 In her last tweet, Lohan reminded her followers that the U.S. has a new president and asked that the sufferings of Syrian refugees not be forgotten, as well as Turkey's extensive help to Syrians in need.

Because we've got a new US President, please don't forget about those suffering in Syria & how much Turkey has helped. We need to fix this

Earlier this year Lohan was brought to tears after she visited several refugee camps in Turkey, where she listened to agonizing stories of Syrian refugees.