Turks concerned over racism ahead of Germany's integration talks 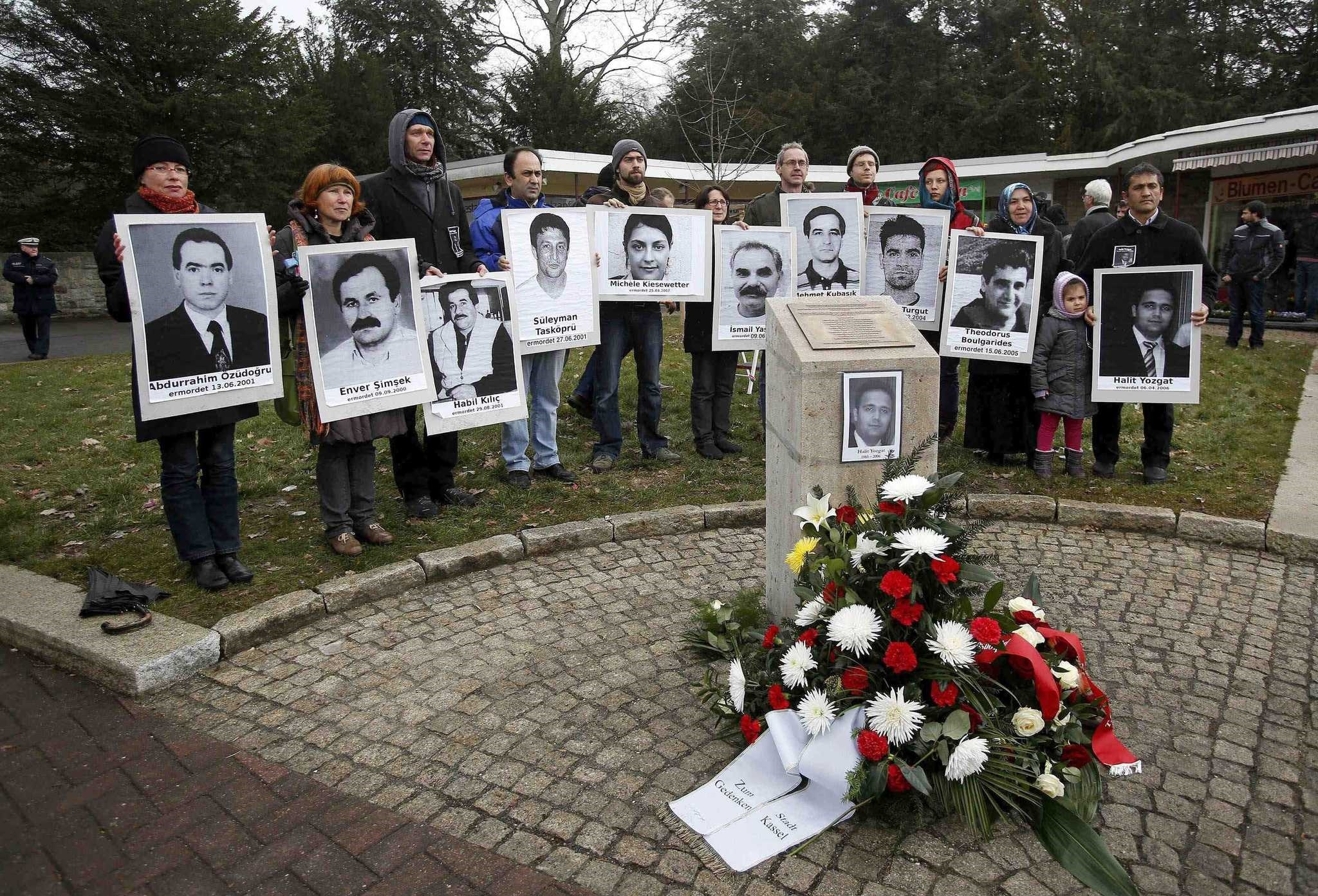 People commemorate eight Turkish victims of the neo-Nazi gang NSU at a memorial in the city of Kassel. NSU murders were among the worst racially motivated attacks targeting Turks in Germany.
by Compiled from Wire Services Nov 15, 2016 12:00 am

At a time of increasing pressure from ethnic minorities to have more say in Germany's public sector in integration talks with the government, Turks face 'louder' acts of racism, a community leader says

As a summit to discuss the state of migrants and their integration into society was set to kick off at the German chancellery, the Turkish community in the European country has been wary of rising racism.

Turks, who comprise one of the largest minorities in the country with more than 3 million people, have been frequent targets of racist attacks in the formerly Nazi-ruled Germany, especially in 1990s.

However, a new rise in racist trends spreading throughout Europe is renewing concerns in the community. Gökay Sofuoğlu, chairman of the nongovernmental organization the Turkish Community in Germany (TGD), stated in an interview with public broadcaster SWR that "racists are getting louder" while those opposing racism were "calm" in Germany. Sofuoğlu said racism was prevalent in Germany "on the streets, in workplaces and at schools" and few stood against "this development."

As representatives of migrant communities came together with German authorities at the ninth edition of the annual Integration Summit, communities that make up a significant part of manpower in the country are seeking a quota for migrants in public jobs as well as measures against "institutional racism."

Yet, Gökay Sofuoğlu pointed out that even trade associations and non-governmental organizations have been silent against racism while political parties exhibited "less determination" to fight racism. It is indeed one of the reasons why NGOs representing migrants seek inclusion of "multi-cultural" society in the German constitution.

Although a recent influx of refugees from Syria and the Middle East torn by conflicts fueled racist attacks, Turks, who first arrived en masse to Germany as "guest workers" in the 1960s, have always been targets of attacks from the Solingen arson attack in 1993 that killed five members of a Turkish family, to the murder of eight Turks between 2000 and 2007 by a neo-Nazi gang.

A recent report by Amnesty International depicted Germany as home to "institutional racism" with racially-motivated attacks showing an unprecedented rise.

"Failed responses to the sharp increase in hate crimes across Germany, including attacks on shelters for asylum-seekers, expose the need to urgently step up protection and launch an independent inquiry into possible bias within the country's law enforcement agencies," said Amnesty International in a report released in June.

In a related development, a German political party co-chaired by a lawmaker of Turkish origin is seeking to restrain the activities of an organization running Turkish mosques across Germany. Greens of the opposition call for a ban on Islamic teaching by the Turkish-Islamic Union for Religious Affairs (DİTİB), claiming they were "associations" rather than "religious congregations," underlining its link to a state-run religious authority in Turkey.

The DİTİB was the subject of criticism by several German politicians amid an increase in anti-Turkish sentiment. Volker Kauder, parliamentary group leader of the Christian Democratic Union of Germany, said "People of Turkish origin who live here must abide by our laws and our customs" and has expressed "concern" over what he has called the influence of the Turkish government on the DİTİB and Turks in Germany.
RELATED TOPICS