World's oldest temple to be nominated for Heritage List 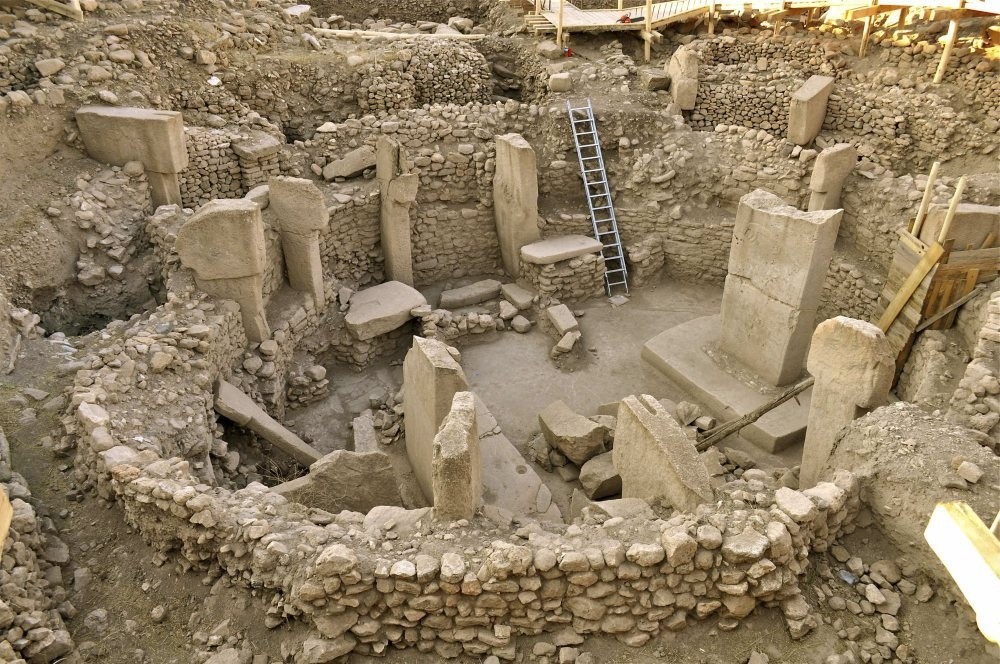 Turkey will nominate Göbeklitepe, branded the world's oldest temple, for the UNESCO World Heritage List. As a well-preserved site in southeastern Turkey, it will be the 16th inclusion from the country on the list, if admitted

Göbeklitepe, a set of ancient structures labeled as the world's oldest temple, will be nominated to the UNESCO World Heritage List. Turkey plans to present its nomination to the international body in February, in addition to other historical sites, aiming to boost their preservation.

Situated in present-day Şanlıurfa province in southeastern Turkey, Göbeklitepe will be the 17th site in Turkey to be included in the list if its nomination is accepted. The historic site includes a Neolithic settlement that was discovered in 1963.

Characterized as "ground zero for human history," Göbeklitepe stands out among other archaeological sites, dating back 12,000 years, circa 10,000 B.C. Excavations at the site were launched in 1995 by German Professor Klaus Schmidt, who brought to life the previously-unearthed finds that have long caused a stir among academics.

Completed with the support of the German Archaeological Institute, the excavation's first archaeological finds in Göbeklitepe have already shed light on the history of humankind, revealing that the installations erected in the site were not for domestic use, but mostly for ritual or religious purposes.

Subsequently, it has become clear that Göbeklitepe consists of not just one, but many historic eras. Further examinations revealed that there are at least 20 stone installations erected at this site, which archaeologists refer to as a temple. The archaeological site features carved stones ornamented with animal figures and 12,000-year-old T-shaped columns, all of which are older than the agrarian age or even the invention of pottery.

According to UNESCO, Göbeklitepe was the meeting center of the last hunters before humans switched to a lifestyle based on agriculture.

"Göbeklitepe is a unique sacred space and sacred meeting center of the Neolithic period in terms of its location, dimensions, dating and monumentality of architectural ruins and sculptural pieces. There are settlement areas dating back to the same period with Göbeklitepe and the existence of a cultural communication can be detected through small findings, but these settlements are much smaller in scale and have functions different from Göbeklitepe, which manifests a differing archaeological record," an article on UNESCO's website on Göbeklitepe says.

The site is also one of the earliest examples of establishment of an advanced social system as monuments, sacred spaces and symbolic motifs indicate. Unlike previous sacred sites, ritual places mostly included in natural formations such as caves, Göbeklitepe stands out with larger and smaller rectangular structures built by manpower. Historians and archaeologists believe the structures such as pillars represent "ancestors or gods" in the Neolithic age.

Turkey had already submitted a previous UNESCO list application for the inclusion of another historic site this year when the committee convened in Istanbul in July to designate new additions. Aphrodisias, an Ancient Greek city located in the present-day western province of Aydın, that houses ruins of a temple, a stadium and other structures, is already a tentative World Heritage list candidate, along with 69 other historic sites, including an Ottoman-era complex in the northwestern province of Edirne and an ancient city founded in the fourth century B.C. in the western city of Burdur.
RELATED TOPICS