15 refugees left on Turkish island, mistaking it for Greece 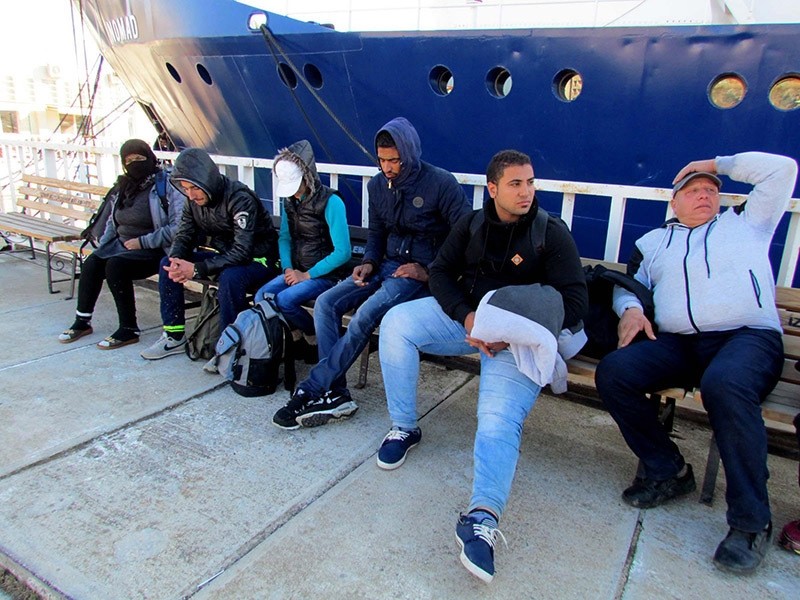 15 refugees wishing to leave for Europe were left at Turkey's Kara Island in the belief that it was the Greek island Chios, having travelled from Çeşme, a western district near Izmir province.

The refugees were spotted at 12.00 a.m. and brought back to Çeşme pier within 2 hours.

The group of 15 persons was later identified as Syrians who were left at Kara Island instead of the Greek island of Chios. The refugees said that the boat which had been carrying them left immediately after they reached land.

Representatives from the International Organization for Migration welcomed the Syrian refugees with food and beverage and provided supplies.

One of the refugees was disabled and using crutches. After the necessary procedures were carried out, they were sent to the Izmir Directorate of Migration Management.

Over the past year, thousands of people have made short but dangerous attempts to cross the Aegean in a bid to reach Greece, before going on to northern and western Europe.

The EU-Turkey agreement reached on March 20 allows for the return of "irregular migrants" to Turkey from Greece in exchange for Syrian refugees to be relocated within the EU. The United Nations High Commissioner for Refugees reported that more than 3,000 refugees had reached the Greek islands in August.