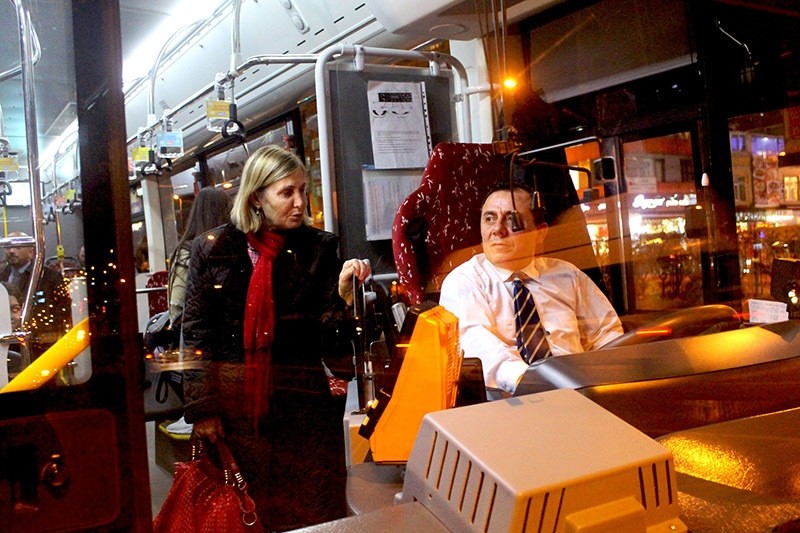 The resolution enabling female passengers to get off public buses at spots not designated as bus stops at night was officially put into practice on every bus route in Istanbul on Friday.

As part of the new service, bus drivers will allow women perusing buses after 10:00 p.m. to get off near their destination, even if there is no bus stop, on the condition that there is no threat to traffic and environmental safety.

Passenger Ceyda Ada and Nihal Özçapkın stated that the new service is definitely for the benefit of women, enabling them to reach home safer and in a shorter time while also avoiding deserted and dangerous spots of Istanbul.

The resolution was presented to the mayor's office and later accepted by the city council of Istanbul on 17 November 2016.

Council member Esin Hacıalioğlu, who drafted the resolution, said the practice would minimize possible exposure to violence for women walking alone on streets at night.

The resolution says some 5,400 women were killed in crimes targeting females between 2002 and 2015. "Allowing women to get off the bus at non-bus stop locations would be a small step for us but an important move for women exposed to violence and sexual violence on the streets," the resolution said.