Site manager arrested for mine disaster in Siirt, one suspect still sought by police 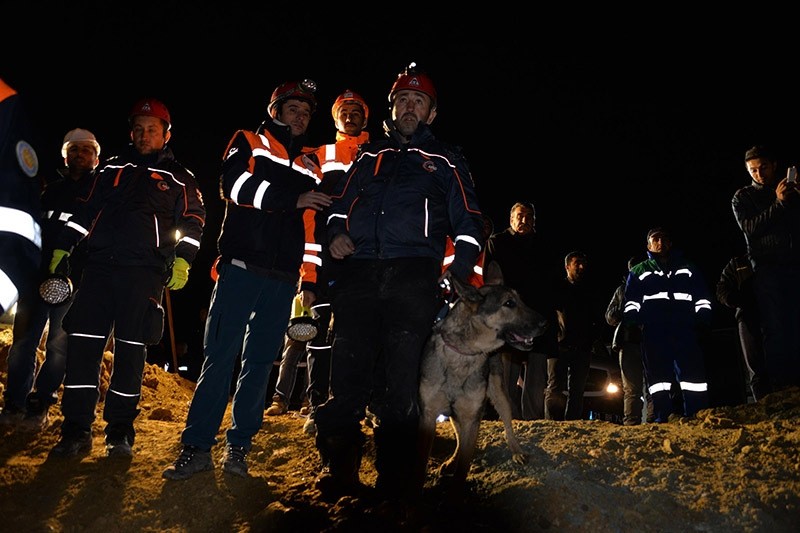 Search and rescue teams at the site looking for 11 miners still trapped underground after the Siirt mine disaster. (DHA Photo)
by Daily Sabah Nov 19, 2016 12:00 am

A Turkish court ordered the arrest of the site manager of a mine in southeastern Siirt province where five miners were killed, while four people who were detained as part of the ongoing investigation into the case were released on Saturday.

The court ruled for the arrest of Oğuz and released other suspects.

Occupational safety specialist M.S.Ç. is still being sought by the team.

On Thursday evening, a landslide hit a mine in Turkey's southeastern province Siirt. Five bodies were recovered while 11 miners are still trapped underground, and the death toll is expected to rise.

The mine disaster is thought to have been caused by a landslide triggered by heavy rains in previous days burying the entrance of the mine, along with trucks and excavators on the site.

The mine is owned by Ciner, a prominent business conglomerate running mining, energy, textile and finance and defense companies as well as media outlets including the local affiliate of Bloomberg TV.

This is not the first disaster to occur in a mine run by Ciner companies. Between Feb. 6 and Feb. 10 in 2011, two mines run by Ciner in southern Turkey collapsed. One miner was killed in the first collapse while only one body out of 10 workers who had been trapped were recovered from the mine. The incidents were blamed on "slope failure."

Turkey, rich in coal mines particularly in the west and the north of the country, experienced the worst mining disaster in its history in May 2014. A total of 301 workers were killed after they were trapped in the Soma coal mine in the eponymous town in western Turkey, after it caught fire. Five months later, another coal mine in the central town of Ermenek was flooded and 18 miners were killed.