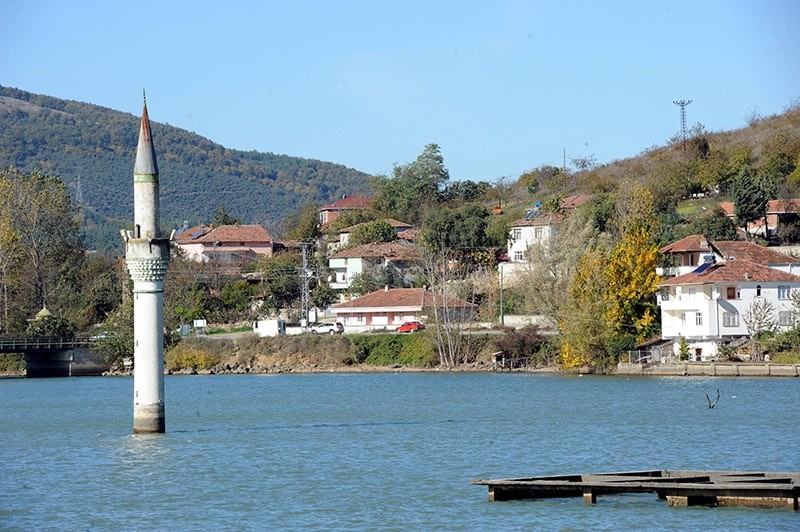 The "sunken minaret" and the lake view around it, located in the district of Bafra in Turkey's northern Samsun province, will soon become a tourist spot.

The Derbent Dam Lake in which the sunken minaret is located was built in 1991 by State Hydraulic Works and led to the submergence of over 200 buildings in the Boğazkaya neighborhood of Bafra district.

Now, the only building that can be seen there is the minaret that didn't fall over, which will be presented to nature tourism lovers.

New establishments such as salmon facilities, motels and hostels have been opened in the region in the last years.

Scuba diving opportunities are offered around the "sunken minaret", and tourists can also go on safari tours or line fishing.

Bafra Mayor Zihni Şahin stated that the district has many touristic features to offer.

"The region's nature is wonderful. We have serious tourism potential with our historical, cultural and geographical beauties."

The mayor said that future projects will promote the region more effectively, but he also added that the sunken minaret already has many fans, particularly photographers.

The sunken minaret used to be the center of the village and had a huge plane tree by its side. The tree branches sometimes become visible when the water level deceases.