Trickle of hope and tear for miners buried under landslide 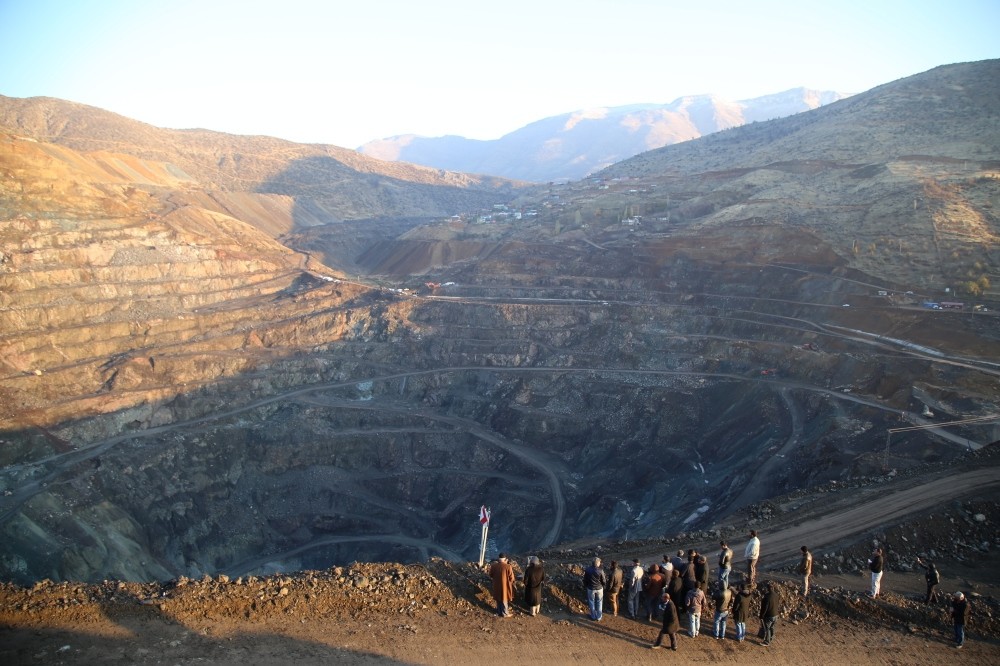 Families desperately await the recovery of 12 workers trapped in a mine buried in a landslide in the southeastern city of Siirt late Thursday as rough terrain complicates rescue efforts. Four bodies were recovered from the mine

Two years after it witnessed the deadliest mining disaster in its history, Turkey has been rocked by another catastrophe burying 12 workers under tons of soil. The bodies of four workers were retrieved from a copper mine in Şirvan, a district in the southeastern city of Siirt, while 12 others were still trapped as Daily Sabah went to print on Friday. The disaster is thought to be caused by a landslide triggered by heavy rains in previous days burying the entrance of the mine, along with trucks and excavators on the site.The families of the workers formed a line on the hill overlooking the open-pit mine resembling a giant hole in the middle of a larger hole which is now filled with some 1 million cubic meters of soil. 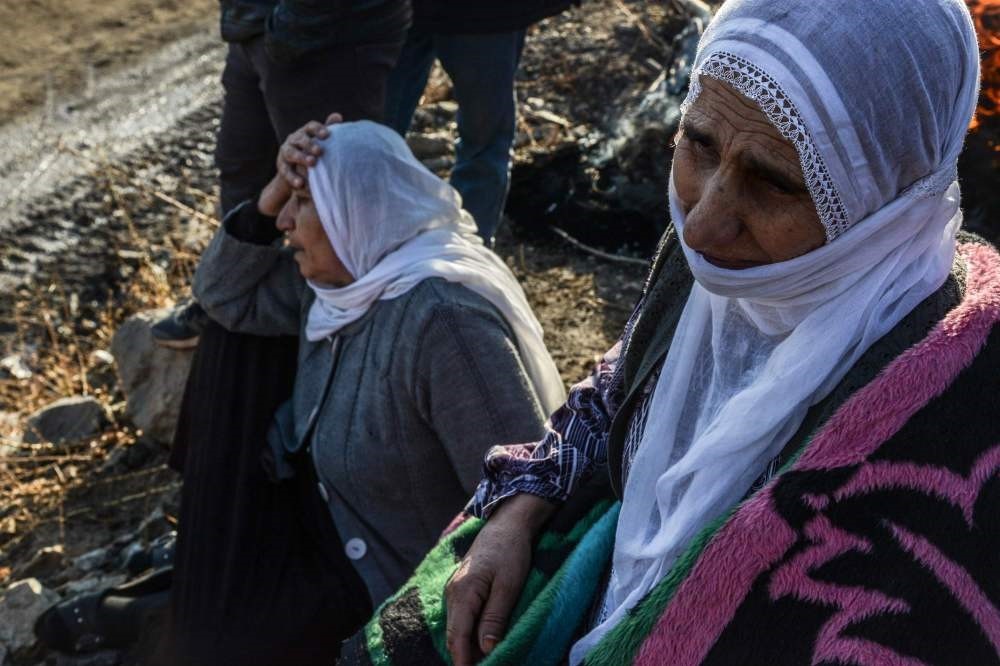 Rescue crews from the Disaster and Emergency Management Authority (AFAD) scrambled to recover the miners amid the occasional wailing of elderly women and mothers of trapped miners, but the efforts were complicated due to rough terrain and the risk of a second landslide. Local authorities including Siirt governor was at the site while Energy and Natural Resources Minister Berat Albayrak, who was abroad in an official visit, coordinated the search and rescue efforts through a crisis desk set up by his ministry. Rescue dogs accompanied the crews at the scene where search efforts called off at night resumed in the early hours of Friday.

The mine is owned by Ciner, a prominent business conglomerate running mining, energy, textile and finance and defense companies as well as media outlets including the local affiliate of Bloomberg TV. Park Elektrik, a Ciner company running the mine, said in a statement that the initial findings showed a landslide caused the collapse at the mine and they stopped mining activities in the area due to the risk of a new landslide.

The family and friends of Halil Başer, one of the victims, told au

thorities that Başer, who was trapped in the mine as of Friday, made a video call from the spot he was buried under, giving hope to families of other victims that miners might be saved by taking shelter in trucks and heavy machinery at the site at the time of the landslide.

Quoted by Doğan News Agency, Kamil Narman, a mine official, said operations were halted at the mine in July after a crack was detected in the walls and they resumed mining after a two-month break, following the installation of sensors to detect any risk in the mine. Narman said sensors were updating them every six minutes on the potential risk of collapse but they apparently did not issue any warning during the landslide. Locals said three miners were slightly injured in a landslide three months ago and claimed the mining company did not take action although they warned them about cracks in the area. The copper mine was opened 13 years ago.

Speaking to Anadolu Agency, Atılgan Sökmen, the head of the Turkish Miners Association, said it was not yet clear whether the incident was result of "misappropriation" of the site and pointed out the company running the mine was experienced in the sector. Sökmen said the mine could only be licensed and operated after a study of terrain against the risks are approved, but mines were required to take their own measures against the risk of landslides, peculiar to the location of mines.

During a press conference at the site, Siirt Governor Mustafa Tutulmaz said an investigation was launched into the incident and they would look into the exact cause of the incident. He said it seemed like a landslide caused the collapse but they would not rule out other possibilities including fault for the part of mining company as well as a terror attack. Siirt is in a region gripped by a campaign of violence by the terrorist group the PKK, which has killed hundreds of security personnel and civilians since last summer.

Madenköy, where the copper mine is located, is one of the most important copper reserves in Turkey and was first excavated in 1969 by the state-run mining authority. It was handed over to the private sector in 2003 and Park Elektrik bought the mine in 2004. The company extracted some 10 million tons of copper ore as of the end of May this year from the mine.

This is not the first incident in a mine run by Ciner companies. Between Feb. 6 and Feb. 10 in 2011, two mines run by Ciner in southern Turkey collapsed. One miner was killed in the first collapse while only one body out of 10 workers trapped was recovered from the mine. The incidents were blamed on "slope failure."

Turkey, rich in coal mines especially in the west and the north, saw the worst mining disaster in its history in May 2014. A total of 301 workers were killed after they were trapped at the Soma coal mine in the eponymous town in western Turkey that caught fire. Five months later, another coal mine in the central town of Ermenek was flooded and 18 miners were killed. The owners and managers of both mines face life sentences for negligence in both cases. Although Turkey has strict regulations regarding work safety of the mining sector in place, fatalities are blamed on private-run mines ignoring expensive safety measures for the sake of higher revenues.

The country stepped up measures for work safety further following the disaster in Soma and enacted a set of regulations improving work conditions and pay for miners. Some 100 mines were closed after increased inspections by authorities in the wake of the May 2014 incident for failure of ensuring work safety.
RELATED TOPICS