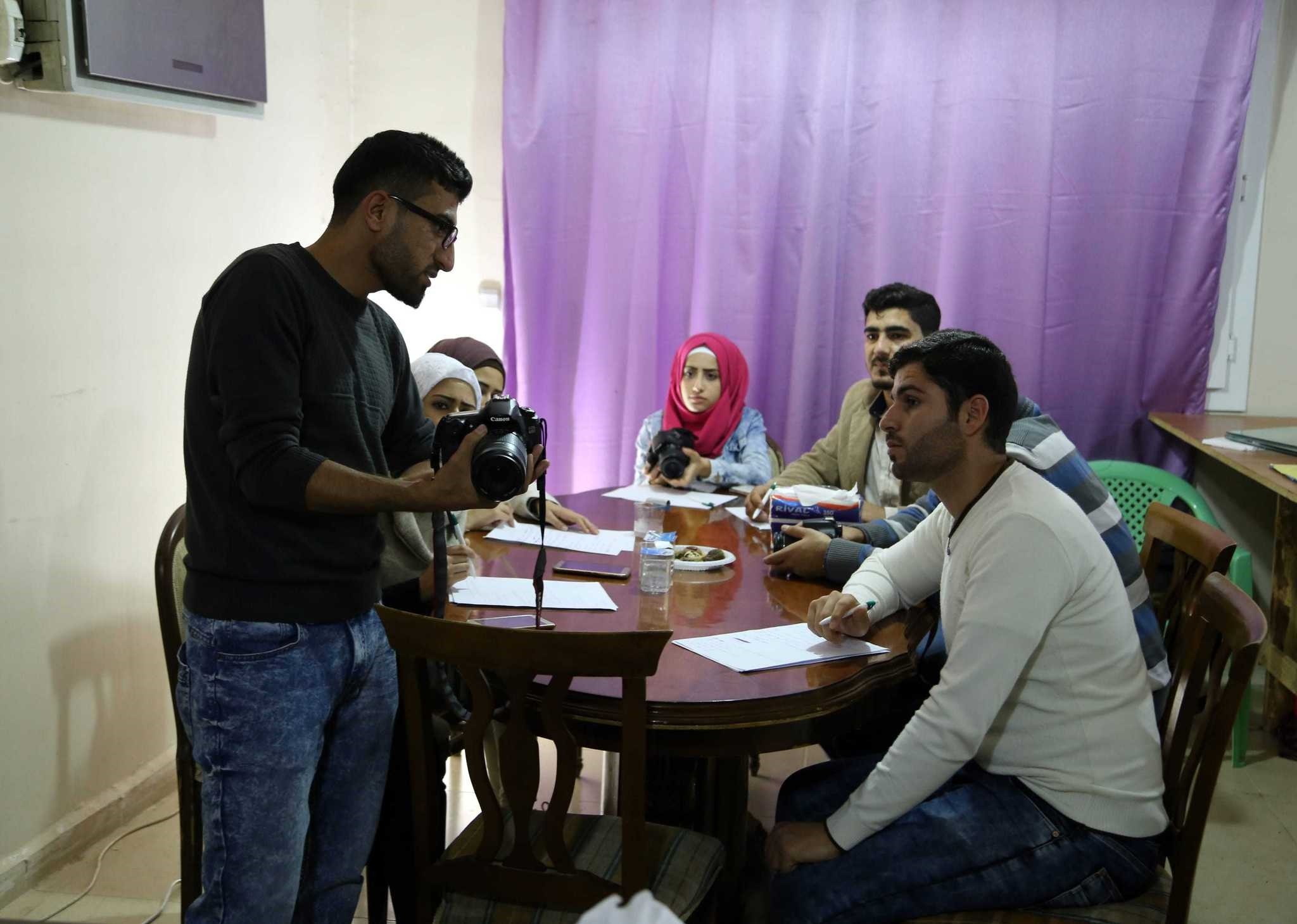 by daily sabah Nov 23, 2016 12:00 am
Having escaped from the ordeal of the ongoing conflict, some Syrians now consider returning home. Their motive to go back to a country rocked by daily bombings, airstrikes and terror attacks that made Syria one of the most dangerous countries is simple: to tell the facts on the ground to a world that turns a blind eye to the plight of their countrymen. To achieve this, a group of Syrian youth enrolled in journalism courses offered by an association in southern Turkey's Hatay province, situated on the Turkish side of the border.

The Syrian Culture and Humanitarian Aid Association based in Hatay offered courses for 13 Syrian youths on photography, camera work and basic journalism. Samer Bereket, an association official, told Anadolu Agency (AA) they decided to launch the courses upon the request of the youngsters. "They wanted to be journalists so they can report the drama in Syria to the world," he said. The association contacted Adnan Ihsan, a Syrian journalist, to teach journalism to the youngsters. "They will go to Syria and cover the conflict zones, conduct charity work in tent camps for the displaced and report on the state of the displaced. They will serve as independent reporters and tell the truth about what the Syrian regime does to its own people," Bereket said.

Syria has been entangled in a conflict since 2011 after the Bashar al-Assad regime launched a violent crackdown on the opposition, which was demanding more rights. The uprising against Assad escalated into an all-out war, pitting rebels with scarce manpower and arms against the regime forces - who are accused of indiscriminate killings of thousands through random bombings of cities held by rebel factions. Since then, more than a quarter of a million people have been killed and more than 10 million displaced across the country, according to United Nations figures.

Ihsan says training is not limited to how to take photos or writing stories. "I also teach them how to act in conflict zones and things they should be careful about while covering a story in a dangerous area," he told AA.Sara Ahmet, one of the students, took shelter in Turkey two years ago with her family. She decided to attend the course as she did not want "to ignore what is happening in Syria" and wanted "to show the world the suffering of Syrians." She says she was looking forward to returning to Syria, where millions escaped from, so she can be "a voice for her people."
Last Update: Nov 24, 2016 2:42 pm
RELATED TOPICS