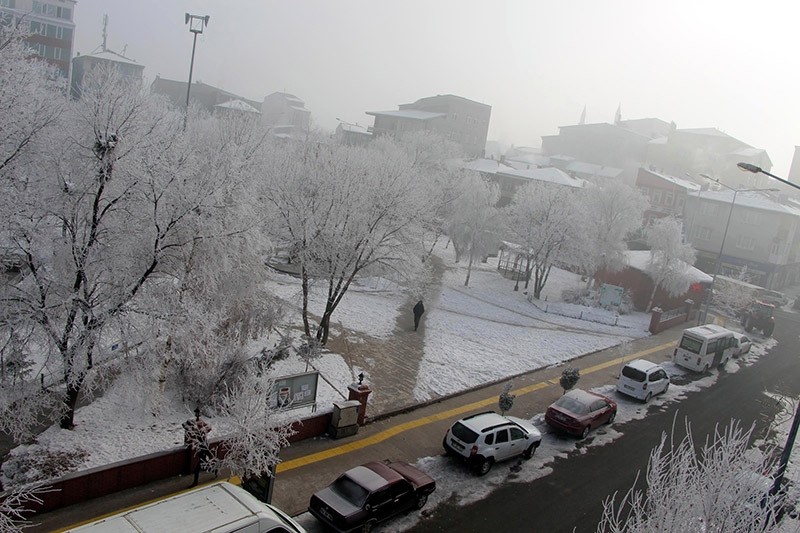 The northeastern province of Ardahan experienced its coldest November month in the last few years with thermometers showing a chilling -25 degrees Celsius.

The Siberian cold front affected Ardahan and its easternmost districts.

After the Kura River, the Çıldır Lake has now also iced over.

People living in Ardahan compared the city to Siberia, as they had difficulties reaching their workplaces or schools, and tried not to leave their homes at all at night due to freezing temperatures.

Experts from the Regional Directorate of Meteorology announced that Ardahan was affected by high pressure and waves of cold coming from Siberia.