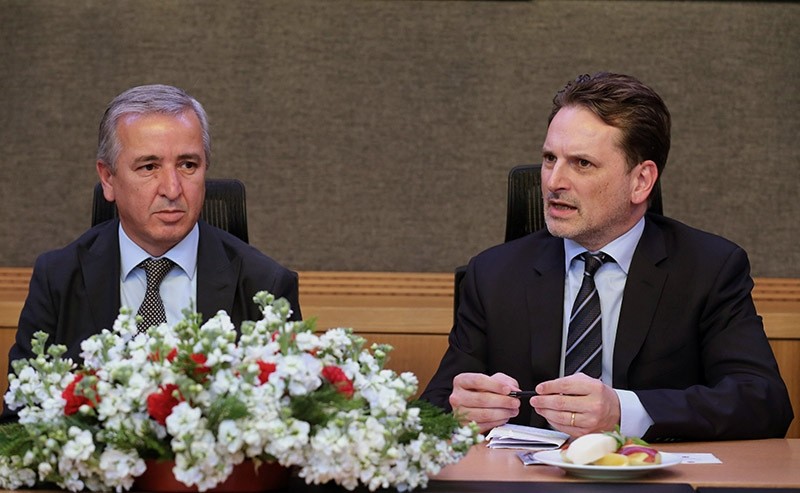 UNRWA Commissioner-General Pierre Krahenbuhl spoke during a visit to Turkey's bomb-hit parliament in the capital Ankara, and stressed the country's support for Palestine.

Krahenbuhl, during a news conference with Turkey-Palestine Friendship Group chairman and Justice and Development (AK) Party's Ankara lawmaker Aydın Ünal, said the Turkish people's "hearts race whenever the Palestinian people are the subject".

Ünal said "When Palestine is the issue, we see it as a supra-politics, supra-parties thing and all of us are allied with Palestinian people."

"Unfortunately, terror and conflict will not end in the Middle East if we do not solve the refugee issue," he added.

"Despair is the biggest issue that I see in the refugee camps," Ünal said, adding that Turkey supported UNRWA's work for Palestinian refugees.

The UNWRA commissioner-general said Turkey will be the deputy chair country in June 2017 for an advisory commission on Palestinian refugees at the UN.

Turkey will go on to chair the commission in the summer of 2018.

UNRWA works with more than five million Palestinian refugees across the occupied territories, Jordan, Syria and Lebanon but has struggled with funding instability, almost leading to the start of the school year being delayed last year, with an expected $115 million funding shortfall next year.