Colonel in tears while testifying on July 15 Gülenist coup attempt 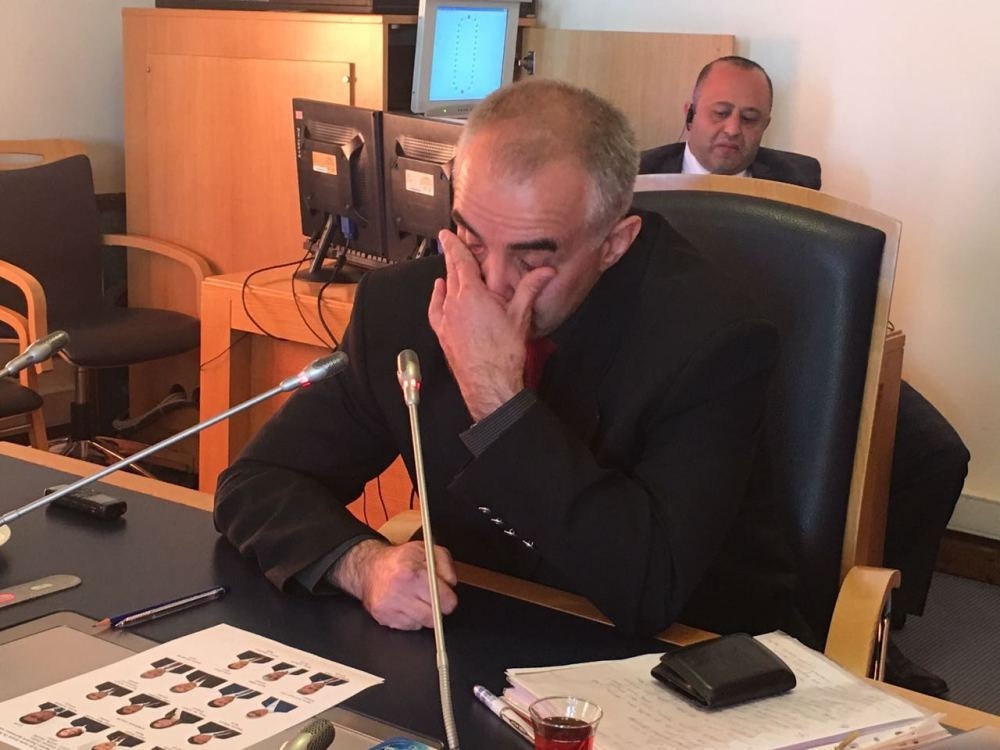 by daily sabah Nov 24, 2016 12:00 am
Land Forces Colonel Davut Ala, in his testimony at the Parliament July 15 Coup Attempt Commission Wednesday, could not hold back his tears while condemning the Gülenist Terrorist Group (FETÖ) operatives who infiltrated the military to launch the coup, accusing them of untold cruelties toward innocent civilians.

Ala, who was shot seven times on July 15, was serving as the commander of Kartaltepe Army Base in Istanbul on the night of the coup attempt. He told the members of the parliamentary commission that on Friday, July 15 at 5:04 p.m., his command received a message from the main base that there was intelligence that there would be widespread criminal activities in all the touristic spots and commercial neighborhoods across the city.

Such a message, covering almost the entire city, was "out of the ordinary," said Ala, adding that it was obvious from the start that something extraordinary was happening.

He told the commission that later, four military helicopters landed at the base, the first time such a thing had happened. "There was also a tank. One of the helicopters would later be used by those fugitive officers who fled to Greece. Others were part of the attacks on television stations."

He said he stopped an ambulance, speeding through the base, seeing two injured officers. "I told one of the officers to be ashamed of himself. I told him he had betrayed a nation that had given everything to him. He told me, 'You'll see. We will try and hang you within two years.'"

"I then saw two officers who I had never seen at the base. I told them to surrender, and they fired back. The fire bullet hit my leg. I don't believe how these could be Turkish soldiers. Even enemy soldiers would not have behaved like that toward innocent civilians."

Ala said he felt no pain in the thick of the fight. "I even took my severed finger in my hand and continued to fight." Once he was hit in the liver, he called a close relative to ask him to look after his children.

He was then taken to a hospital where he said he was thrown aside because doctors believed he was dead.

The coup attempt by FETÖ cost the lives of over 200 people on the night of July 15. Inspired by fugitive leader of the group, Fetullah Gülen who resides in an expensive compound in Pennsylvania, U.S., the groups operatives within the military launched a coup attempt on July 15, only to fail due to the public heeding President Recep tayyip Erdoğan's call to flood the streets.

The same terrorist group had tried to topple the government in December 2013, through its operatives within the judiciary and the police. After that attempt failed, the government launched a comprehensive operation to root out FETÖ presence within state institutions.

While the anti-FETÖ operations have picked up pace since July 15, the government also is trying to ensure the U.S. will extradite Gülen to face justice. However, the U.S. and European intransigence concerning fugitive FETÖ members have been creating considerable anger among Turkish public.
RELATED TOPICS