Another body recovered from deadly mine collapse in eastern Turkey 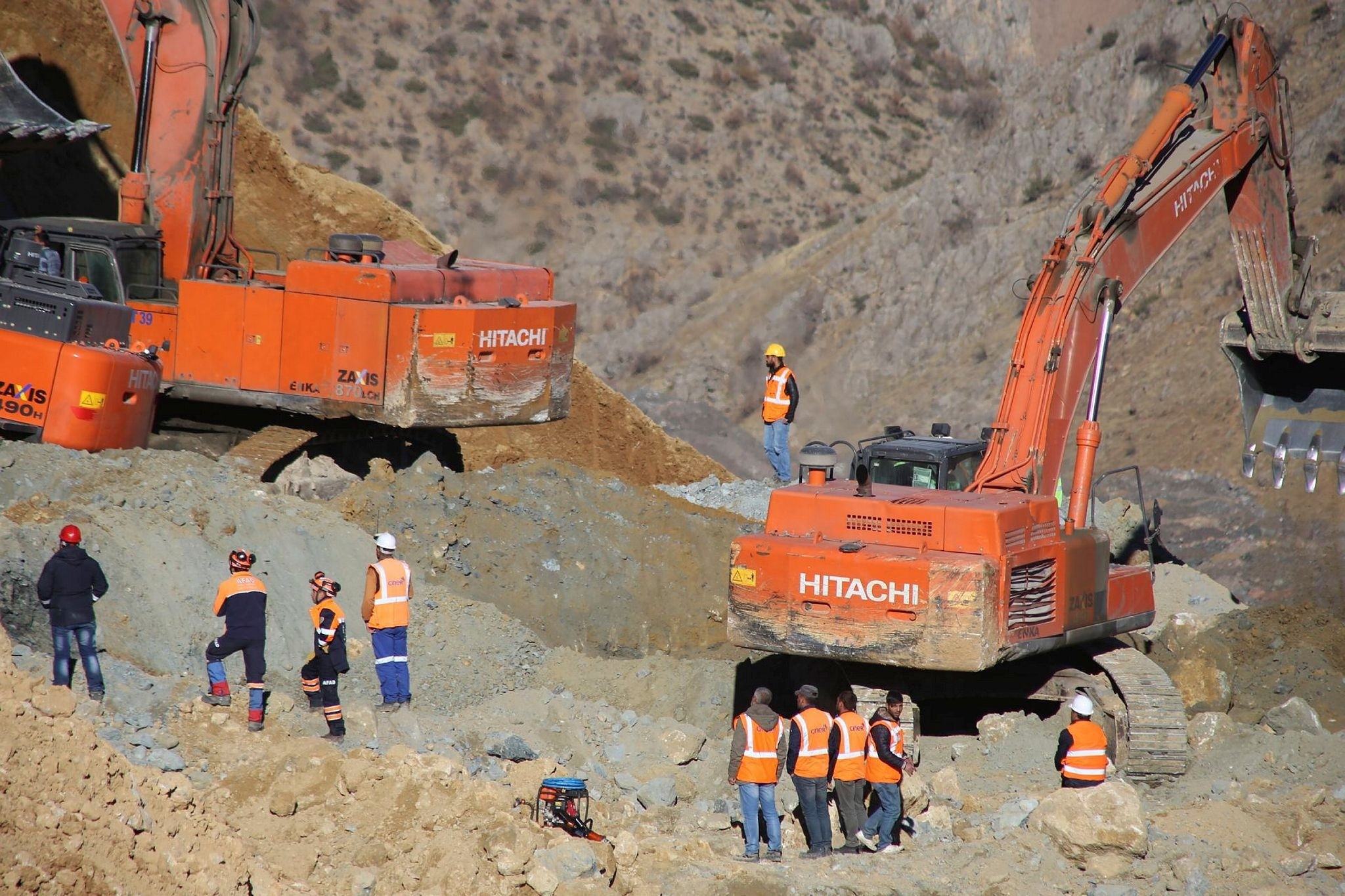 The ninth body was recovered on Friday from the copper mine which has collapsed in eastern Siirt province on November 17.

On Thursday, search dogs attached to rescue units came across the remains of two of the missing miners while searching the area.

Seven other miners remain trapped underground now at the Madenköy copper mine in Şirvan province.

Heavy rainfall is believed to have triggered a landslide that caused the mine collapse.

The mine's operating manager was remanded in custody on Saturday, accused of negligence relating to safety regulations.

Madenköy mine is run by Park Elektrik, a member of the Ciner Group which has operated the facility since 2006.

Earlier this week an incident took place at a privately-owned mine in the Kilimli district of Zonguldak province, a region on Turkey's Black Sea coast.

The body of a 34-year-old mine worker was recovered on Tuesday, 10 hours after the mine collapse in northern Turkey.

Other serious accidents have beset Turkey's mining industry in the past.

In May 2014, 301 coal miners were killed in the Soma mine in western Turkey -- the country's worst mining disaster.

This October, 18 miners died in a flood at a coal mine in Ermenek, central Turkey.