Scarlett Johannson, Chris Evans visit İncirlik base to boost morale of US troops 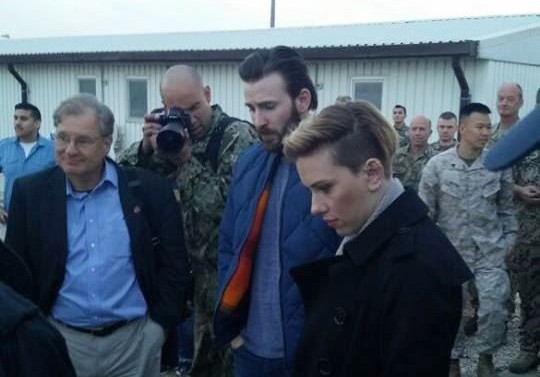 Chris Evans, Scarlett Johansson and a group consisting of athletes and musicians paid a visit to İncirlik Air Base located in Turkey's southern Adana province on Monday, as part of an event organized by the United Service Organization (USO) to boost morale of U.S. troops ahead of Christmas.

According to reports, the movie stars visited İncirlik with U.S. Chairman of the Joint Chiefs of Staff Gen. Joseph Dunford, who met with his Turkish counterpart Chief of General Staff Gen. Hulusi Akar.

The troops at İncirlik got a chance to speak with the famous stars and take photos during the visit.

İncirlik Air Base is currently used by the U.S.-led coalition to fight Daesh targets. The Royal Air Force and the Royal Saudi Air Force also use the base.