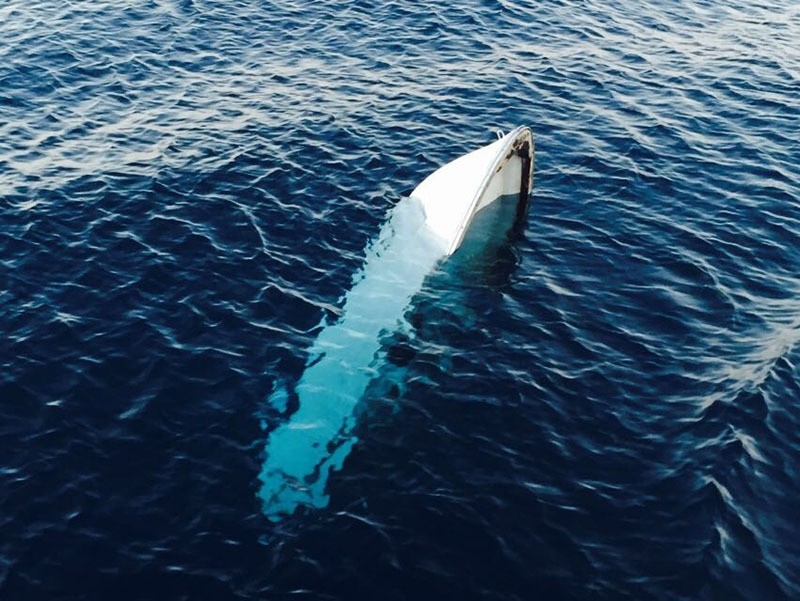 Five Afghan migrants including four children and one woman, were killed while eight others were rescued when a boat they boarded sank off the Aegean coast of Turkey on Tuesday. Thirteen migrants were trying to reach the nearby Greek islands aboard the small boat after they departed from Ayvalık, a small town in the western Turkish province of Balıkesir. The cause of the capsizing that took place near Maden Island was not clear. Namık Kemal Nazlı, district governor of Ayvalık, told Anadolu Agency (AA) that a three-year-old child among survivors was in a critical condition and security forces were hunting down a smuggling suspect. Nazlı said the migrants aboard the boat were previously deported after they were intercepted by security forces in Ayvacık, another town in western Turkey that is popular among migrants seeking to cross into Greece, closest gateway to Europe for migrants from Asia and the Middle East.

Turkey and EU signed a deal on March 18 to discourage illegal migrants from crossing the Aegean Sea by taking stricter measures to stop human traffickers and improve the living conditions for nearly 3 million Syrian refugees in Turkey. Within the framework of the deal, 18,000 refugees would be resettled and 54,000 others would be relocated to EU countries, totalling 72,000 refugees. The number of migrants traveling to Europe across the Aegean Sea significantly decreased after the deal although roughly 2,761 Syrians have been resettled in EU member states and 748 refugees have been sent back to Turkey so far.

The International Organization for Migration (IOM) said on Monday that the organization had recorded the highest number of annual migrant deaths worldwide since statistics began to be kept, with 7,189 migrants and refugees having either died or gone missing along their migratory routes.

The number of migrants feared to have died this year has soared to nearly 7,200, a more than 20-percent increase over 2015, with most of the fatalities occurring in the Mediterranean Sea, IOM said.

The latest large-scale migrant boat disaster in the Aegean Sea occurred in September. Some 21 migrants have gone missing while the bodies of six others were recovered from the sea off the coast of the southwestern town of Bodrum.

Over the past year, thousands of people have made short but dangerous attempts to cross the Aegean in a bid to reach Greece, before going on to northern and western Europe. Bad weather conditions and unsafe boats make the journey extremely dangerous. Still, tempted by the proposed benefits for migrants and while ignoring the rising xenophobia in Europe, migrants choose the dangerous path to reach the continent. Most say they prefer risking their lives instead of staying in their war-torn, poverty-stricken countries.