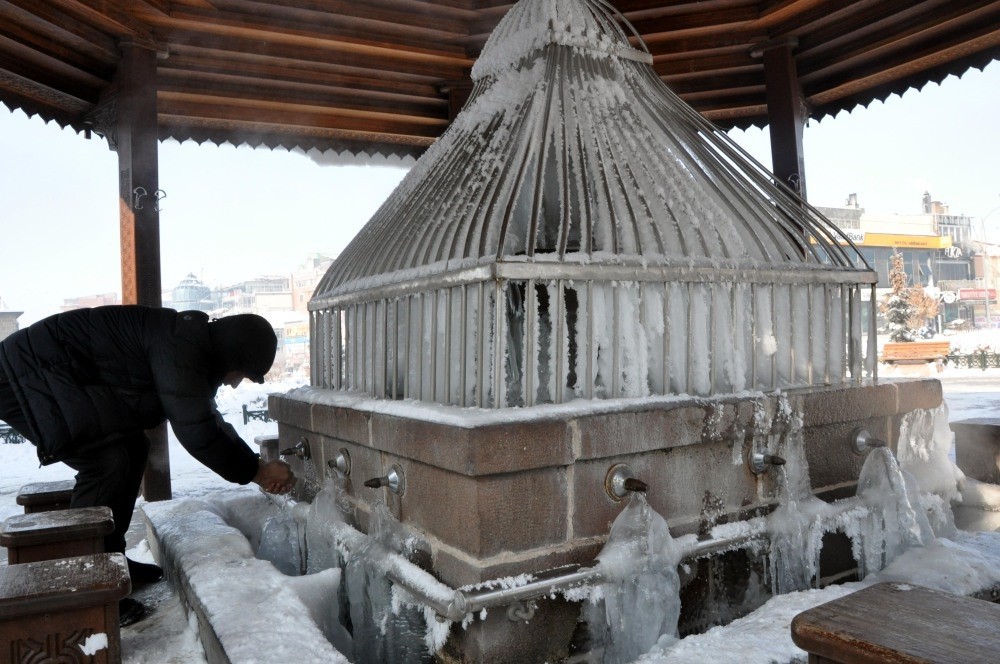 Water from fountains were frozen in Erzurum.
by Compiled from Wire Services Dec 22, 2016 12:00 am
Snowfall and chilling temperatures that have provided plenty of fodder for photographers but have brought daily life to a grinding halt have hit different region in Turkey's east.

On Tuesday night, the eastern city of Erzurum broke records to become the coldest in the country as temperatures there dropped below minus 35 degrees Celsius compared to that of the Arctic's minus 24. It was followed by Ardahan in the northeast where temperatures dropped to minus 28 degrees Celsius.

Icicles became a common sight in the region as rivers and waterfalls were also frozen by the cold weather. 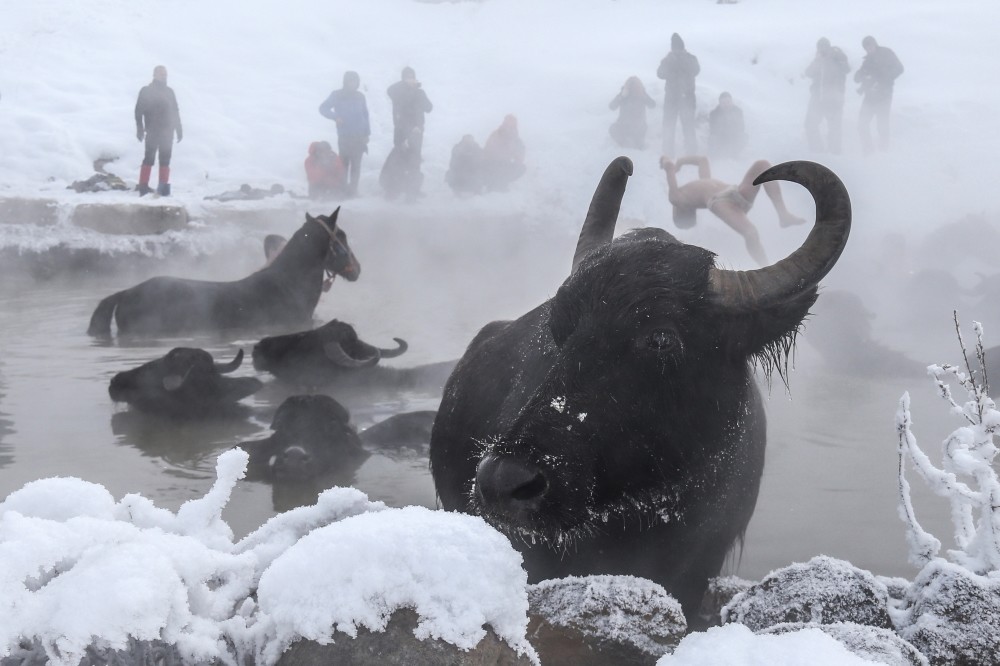 In Bitlis, water buffalos and horses indulge in hot springs against the unbearable chill.

Locals mostly stayed indoors while traffic also was scarce in Erzurum and other cities hit by the cold as many motorists failed to start engines because of frozen fuel lines. Some of them covered their vehicles with blankets as a primitive means to protect their vehicles from the cold weather.

In Kars, pedestrians and commuters were seen warming themselves up at a bus stop using an electric heater, which was placed there by the owner of an adjacent shop.

Cold weather has also threatened the wildlife. In the eastern city of Tunceli, a horde of wild boars descended into a residential area in search of food. Local authorities left food for starving animals at a forest where the boars took shelter in.

In Bitlis, villagers accompanied by photographers flocked to thermal springs where temperatures fluctuated around 40 degrees Celsius. Springs at the Budaklı village is visited by local and foreign tourists for their healing properties in other seasons. In winter, villagers' their bring horses and cattle there for cleaning.

Meanwhile, meteorologists have predicted a cloudy weather today and warned the temperatures would remain below seasonal normal at least until the weekend. An anticipated snowfall over the weekend was expected to raise temperatures by some ten degrees at least.
RELATED TOPICS