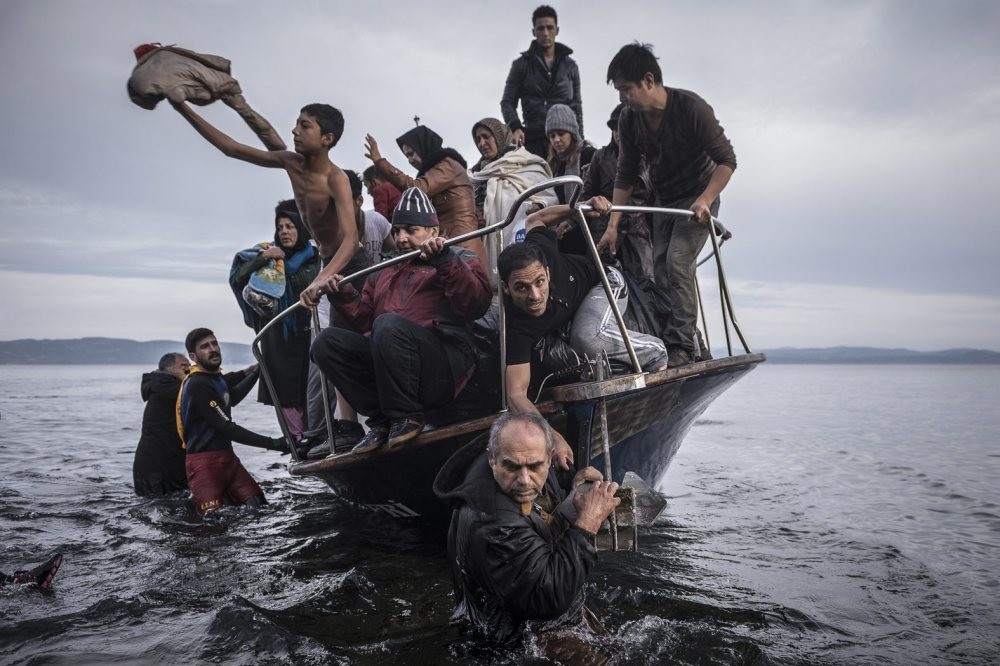 by Anadolu Agency Jan 04, 2017 12:00 am
The number of refugees trying to reach the Greek islands from Turkey via the Aegean and Mediterranean seas have dropped by 60 percent in 2016 when compared to 2015, according to recently released Turkish Coast Guard Command data.

Thousands of people have made the short but dangerous attempt to cross the Aegean in a bid to reach Greece, before going on to northern and western Europe.

Migration to Europe via sea routes dropped to the lowest level in the past two years after the Turkish Coast Guard Command and security forces increased their control following a Turkey-EU refugee deal.

According to latest figures, the number of refugees trying to cross to Greece took a huge 90 percent dip after the Turkey-EU agreement was signed in March 2016.

According to the data, in February last year, Turkish Coast Guard staff held 8,847 refugees, the highest number in 2016.

In June, 538 refugees were held from crossing into the Greek islands, making it the lowest period in the last two years.

The number of the deaths also dropped 31 percent, the data said.

While 173 refugees died between February and March 2016, this figure dropped to 19 after the Turkey-EU agreement.

Over 351,000 migrants or refugees have crossed into Greece and Italy since the beginning of 2016 compared with 883,393 by this time in 2015, according to information released on Tuesday by the International Organization for Migration (IOM).
RELATED TOPICS