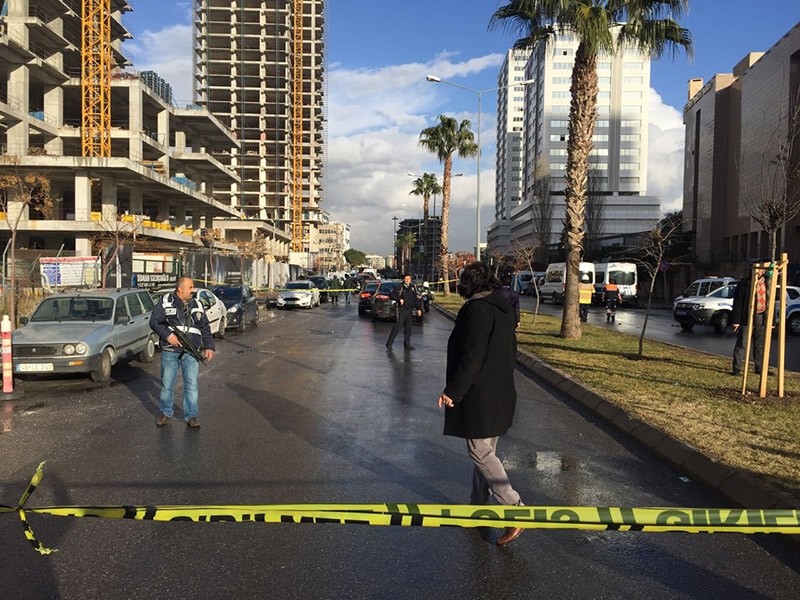 A car bomb was detonated in front of a police outpost at the main courthouse of southern Izmir province's Bayraklı district on Thursday, while several PKK terrorists trying to storm the building with automatic weapons. At least two people, a policeman and an usher, were killed in the attack, while seven people were injured.

Izmir Governor Erol Ayyıldız said that a police officer noticed the bomb-laden vehicle and tried to search the vehicle. Upon his intervention, the terrorists detonated the vehicle, causing extensive damage in the area where many office buildings are located. However, greater damage and casualties were prevented. 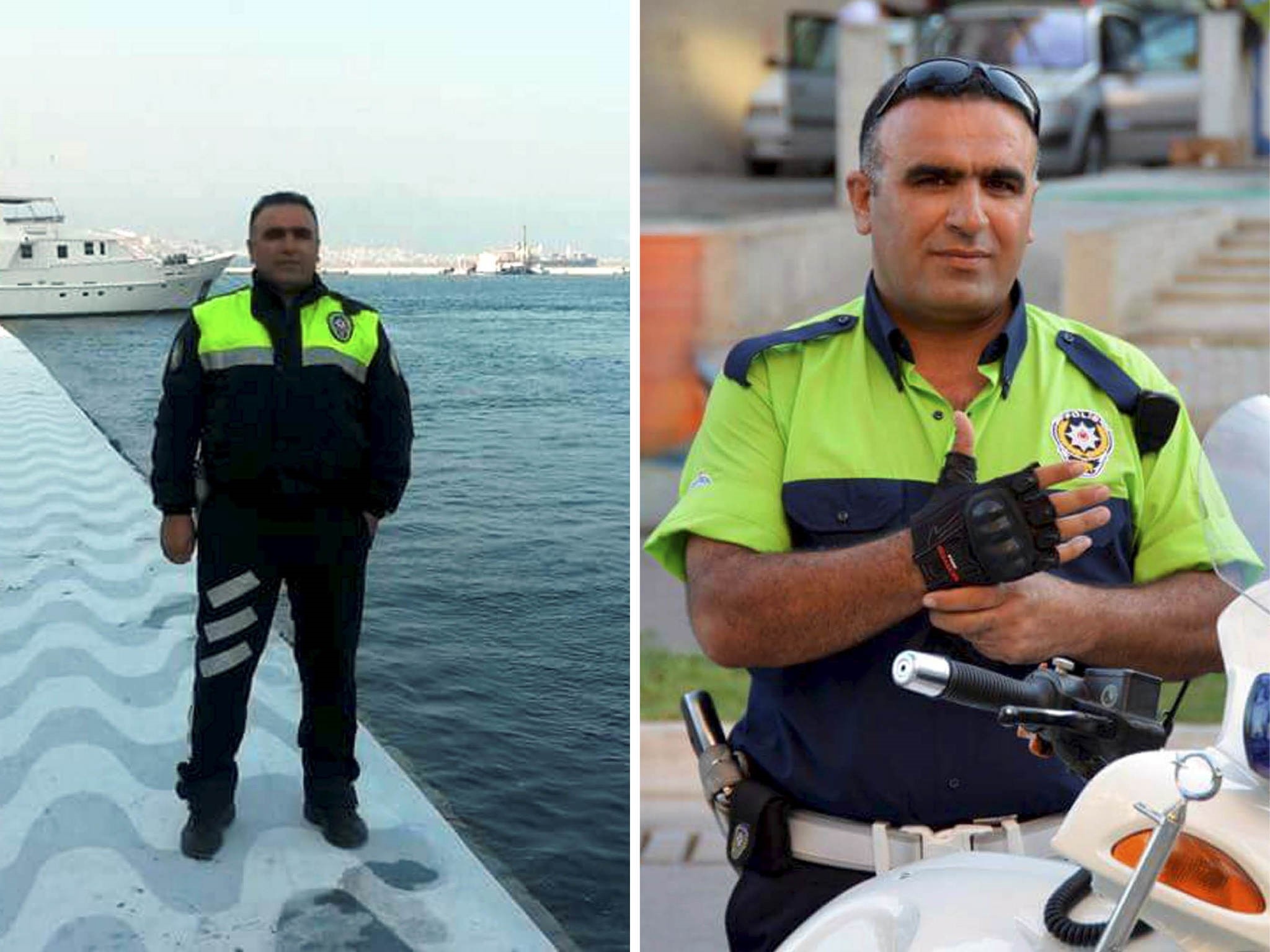 The police officer was later identified as Fethi Sekin, who heroically prevented further bloodshed. Usher Musa Can was the other victim of the attack. 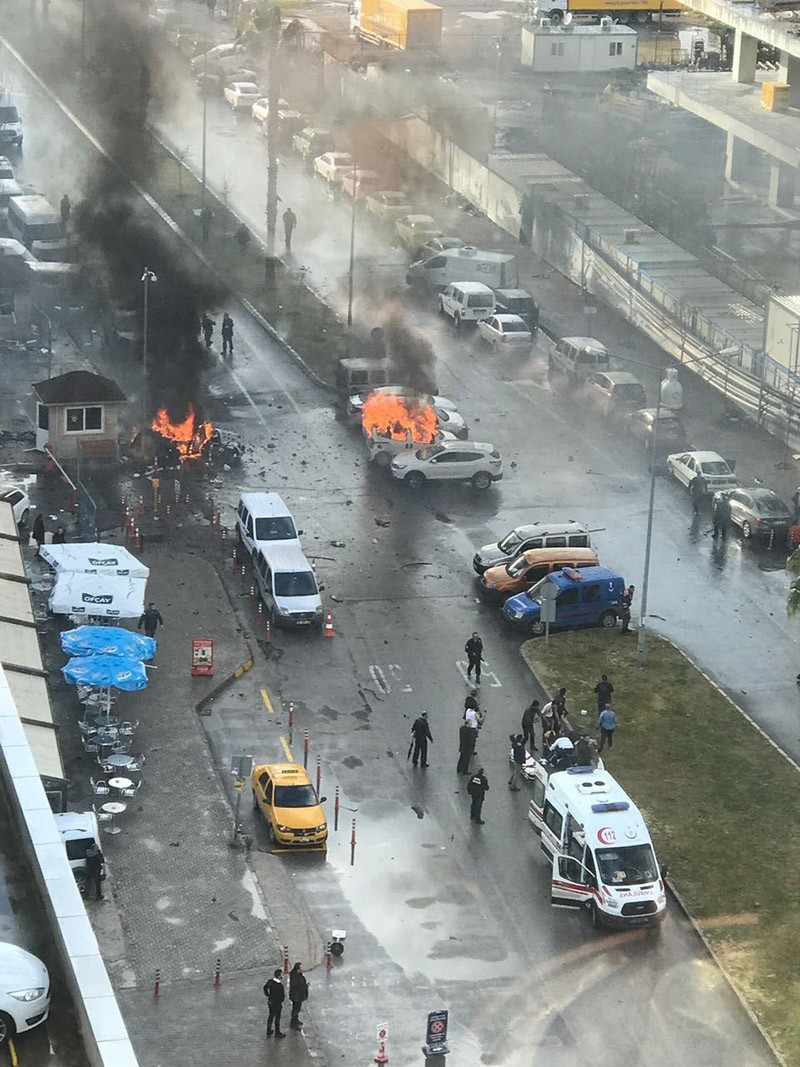 He said the policeman tried to stop the car before it exploded and the "terrorists" then sought to escape as the explosion went off and the gunfight began. Up to seven people were wounded, he added.

Ayyıldız said that another bomb-laden car was defused at the scene, while at least two automatic rifles, one rocket propelled grenade launcher (RPG) and eight hand grenades were captured from the terrorists. Initial evidence indicates the Izmir courthouse attack was carried out by PKK terrorists, Ayyıldız added.

Justice Minister Bekir Bozdağ confirmed Friday that the attack was ordered by the PKK, and 18 people have been detained for complicity with the attack.

Ayyıldız praised the actions of policeman Sekin who carried out the control, saying "he was martyred but prevented the loss of many more lives".

"Looking at the ammunition, it seems the aim was a massive massacre," said Deputy Prime Minister Veysi Kaynak. Reports said that two Kalashnikovs, seven rockets and eight grenades were seized.

While two terrorists were captured dead on the scene, armed clashes continued between police and terrorists inside and nearby the courthouse building, with employees and citizens still inside the building.

The attack was carried out near the end of the shift on the courthouse's door used by judges, prosecutors and courthouse employees, near the area where shuttle buses depart.

The injured were brought to the nearby Ege University Hospital.

Bomb squads were brought to the scene in case the bodies of terrorists were trapped with explosives or other bombs were planted in the area.

Police took city wide measures and laid out checkpoints on major roads and main entrances of the city.

Turkey was rocked by a string of terror attacks last year claimed by the PKK and Daesh. Hours after the country marked the new year, a man linked to Daesh gunned down 39 people in Reina, a popular nightclub in an upscale neighborhood in Istanbul. The gunman, an ethnic Uyghur according to government officials, remains at large.

No major terror attacks have taken place in İzmir in recent memory, but police repeatedly foiled plots by the PKK and captured several militants in possession of explosives and automatic rifles last year.