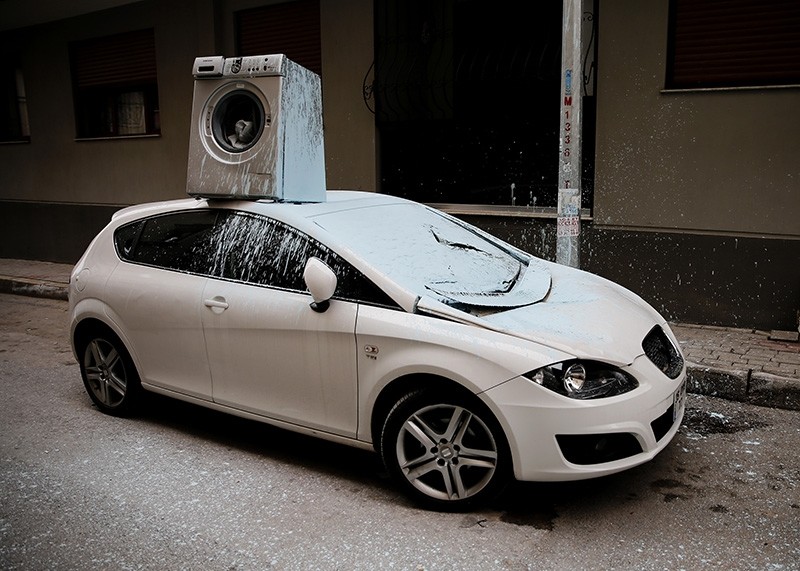 An alleged brawl over parking space ended in a surprisingly dramatic fashion in Gaziemir district of western Izmir province after a man resorted to throwing paint, and later a washing machine, on top of a car from his second floor flat.

The incident was noticed by the car's owner on Sunday morning, who reported it to the police and pressed charges.

However, Anadolu Agency reported that the man had psychological problems and had started throwing the items from his home unexpectedly.