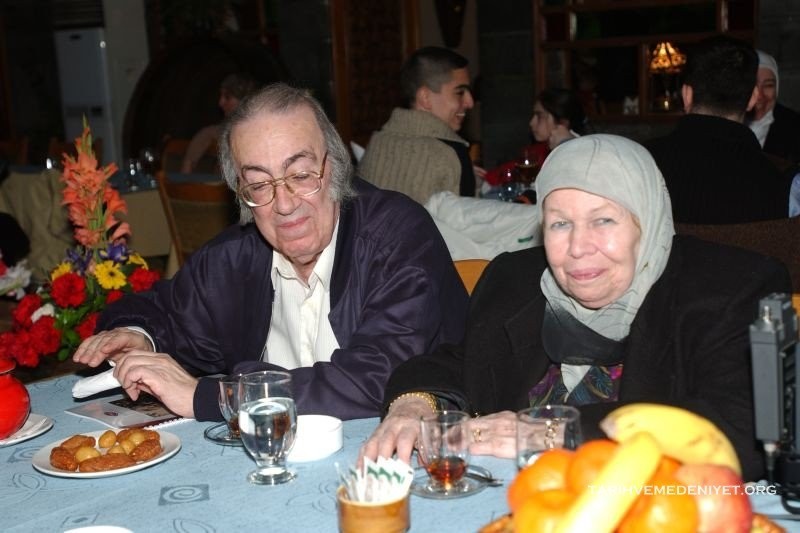 The new heir to the throne of the scattered Ottoman dynasty, which once ruled the strongest empire in the world, has witnessed the horrors of the Syrian civil war since 2011 in his native Damascus.

Dündar Abdülkerim al-i Osman, the oldest male member of the Ottoman family, is the next in line to become the 45th head of the family after the previous head Osman Bayezid Osmanoğlu, the great grandson of Sultan Abdülmecid I, died at the age of 92 in New York on Friday.

"Prince" Dündar Abdülkerim was born in Damascus in 1930 as the Ottoman family was expelled from Turkey when the Caliphate was abolished on March 3, 1924; couple of months after the Republic of Turkey was founded on Oct. 23, 1923. The sultanate had been abolished on Nov. 1, 1922. Prince Dündar's grandfather Prince Mehmet Selim had first settled in Damascus (then under French rule) and later Lebanon's Jounieh after the exile. Dündar is the son of Prince Abdülkerim, the grandson of Ottoman Sultan Abdülhamid II, and Princess Nimet, who is of Lebanese Maronite descent and converted to Islam after her marriage. Ekrem Buğra Ekinci, a history professor at Marmara University and a Daily Sabah columnist, explained that Prince Dündar is the first head of the Ottoman family whose parents got married while in exile.

Failing to receive Prince Mehmet Selim's approval for the marriage, the couple settled in Damascus. However, Prince Abdülkerim soon left Damascus in 1932 to become active in the independence movements of Uighurs in China's Xinjiang, also called East Turkestan at the time. As the grandson of Sultan Abdülhamid II and the nephew of last Caliph Abdülmecid II, Abdülkerim was contacted by the Japanese to head the weak conservative Uighur independence movement. Japan was trying to increase its dominance in China at the time, while the Soviet Union, Britain and the U.S. were supporting China to balance Japan's ambitions. Seeing that the events in the region could also affect its large Turkic and Muslim population, Soviet forces also became active in the area. Abdülkerim first went to Tokyo, but after his could not find the support he expected, he moved to East Turkestan to organize the people against Chinese rule. Upon the defeat of his weak forces, Abdülkerim first fled to India, and later sought asylum from the U.S., where another branch of the family was living in New York. He was found dead in a hotel room in 1935 in a murder that possibly had to do with his former partners or rivals.

Contrary to his father's short and turbulent life, Dündar, who is now 87-years-old, maintained a low profile. Ekinci stated that after finishing his studies in Syria, he was employed by a military government enterprise, and currently lives on a modest retirement pension with his 89-year-old wife Yousra in Mouhajrin district of Damascus. Syrian authorities were cordial against the family, Ekinci explained, noting that the Baath regime did not harass the family either, but monitored them.

In 2012, when the Syrian civil war was raging in all parts of the country with Assad regime's position lingering in Damascus, Sultan Abdülhamid II's fourth-generation grandson Abdülhamid Kayıhan Osmanoğlu told Turkish media outlets that Prince Dündar was in a very difficult position as he couldn't leave the house even for his family's basic needs amid voices of gunfire.

"They are old people, we want to bring them here [to Turkey] but they can't amid all this turmoil," Osmanoğlu had said.

Noting that as the regime gradually gained control in Damascus with the exception of several of its suburbs, Ekinci said: "There were times when we were not able to hear from their relatives in Damascus." But after the clashes ended, the problems for the family decreased also.

Ekinci also said that Prince Dündar currently has trouble in hearing and seeing, while his wife is also confined to bed for her ailing health.

"Despite never hearing Turkish at home while growing up – as his father was absent – he still speaks Turkish very well, even better than you and I. He is very attached to his country, its language, traditions, and religion," Ekinci added.