With infantry rifle, Turkey on target in local arms production 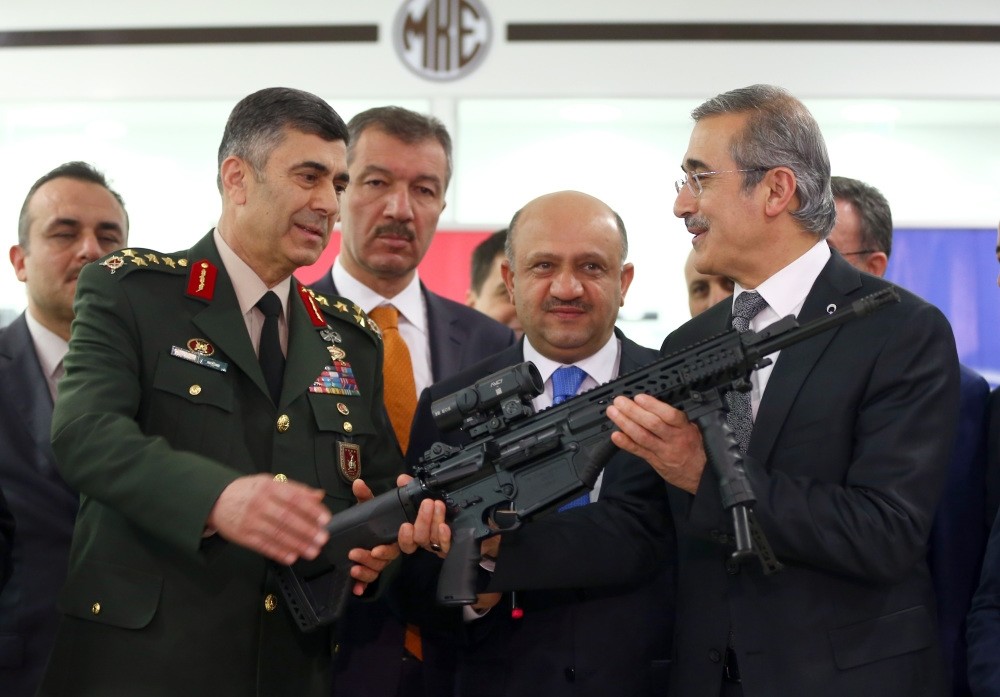 The new Turkish motto 'national and domestic' thrives in arms production, as the country's efforts to minimize dependence abroad pay off with the introduction of locally-made infantry rifles delivered to the army Wednesday

In a small city east of the capital Ankara, the country's defense minister joined workers in overalls and commanders of the army yesterday for a small-scale ceremony that was actually for a landmark project. The first batch of the MPT-76 - the National Infantry Rifle - the country's first locally made rifle for the army, was delivered to the Turkish Armed Forces (TSK) at the factory where they are manufactured.

Some 500 rifles were delivered to the army, and more will be delivered in the near future as Turkey strives to decrease its dependence on foreign contractors for weapons production and boost and update its arsenal in its anti-terror struggle. 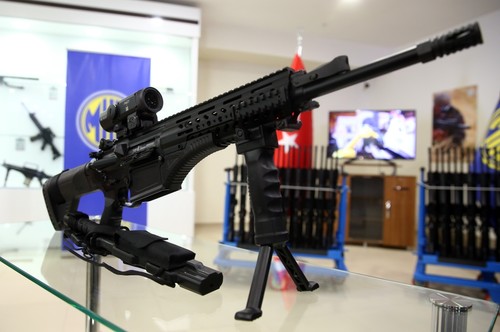 Speaking about the weapons factory at the Machinery and Chemical Industry Institution, Turkey's top state-run arms producer, in the city of Kırıkkale, Defense Minister Fikri Işık highlighted the need to boost domestic production. "It has been clear that we had to keep equipment and weapons for the TSK as domestic and locally made as possible after what our allies did during the Cyprus Peace Operation," he said. Işık was referring to an arms embargo imposed by the United States on its NATO ally Turkey after Turkish troops launched an incursion into the Turkish Cypriot-controlled north of Cyprus in 1974 to counter attacks on the local Turkish population by Greek Cypriots. "More recent embargo threats proved us right," Işık added, pointing to some European politicians' call for an arms embargo on Turkey as it stepped up its fight against the PKK terrorist group whose supporters find a safe haven in Europe. In November, the Austrian parliament adopted a motion imposing an arms export embargo on Turkey.

The minister also test-fired the MPT-76.

Replacing the G-3, the standard issue weapon licensed by the German company Heckler and Koch, the MPT-76 is promoted as being as effective as the G-3, as reliable as the AK-47 (better known as the Kalashnikov) and as practical as the M-16, the American assault rifle.

The project to develop the infantry rifle was launched in 2009 and wrapped up in 2014. The weapon underwent more than 50 tests, the most for any such weapon in the world. Media outlets report that some 1.1 million bullets were used in testing the weapon. It has been in use by a military unit in the southeastern province of Hakkari where Turkey frequently conducts operations against the PKK.

Composed of 413 components, the rifle, which uses 7.62 mm rounds, weighs 4.1 kilograms. Its effective range is 600 meters and fires 700 rounds per minute. The muzzle velocity of the bullets is 800 meters per second. It has telescopic rifle stocks and can be customized with various scopes, its developers say.

Işık said Turkey was "80 percent dependent" on foreign arms producers 15 years ago, but it is now down to 40 percent, adding that they were looking to decrease it further.

Turkey increased the domestic production of weapons and military equipment in the past decade both in the public and private sector. Some projects are still in the development stage, while others, such as the MPT rifle, have already been unveiled. Among them is the ATAK helicopter commissioned in 2014 and used in counterterrorism operations, self-propelled howitzer Fırtına, unmanned aerial vehicles, armored personnel carriers, air defense systems, warships and tanks.
Last Update: Jan 12, 2017 12:18 pm
RELATED TOPICS