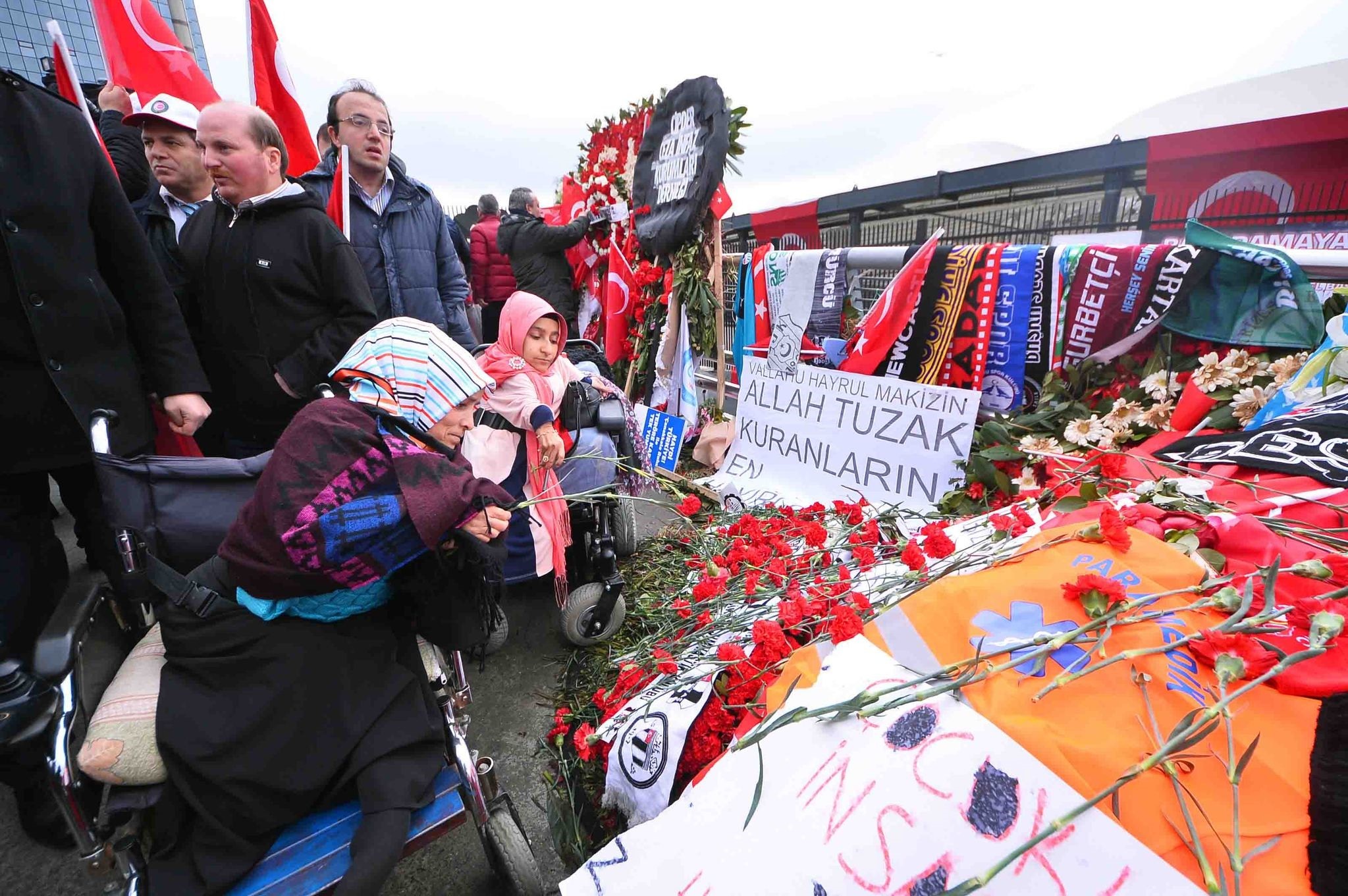 Local religious leaders of the multicultural province of Hatay have condemned terrorism at a time when Turkey faces terrorist threats from multiple sources, including the PKK, Daesh and FETÖ

Prominent leaders of various religions based in Turkey's southern Hatay province continue to condemn all types of terrorist attacks and call for nationwide peace and solidarity. Hatay, bordering Syria, is a symbol of Anatolia's cradle of civilizations, where mosques, synagogues and churches and their believers have coexisted and operated peacefully for thousands of years.

"Islam is a religion of peace and tolerance, which our prophet [Mohammed] brought forth 1,400 years ago. Whoever kills an individual unjustly, it is as though he has killed all humanity. And whoever saves a life, it is as though he had saved all humanity," Mufti Hamdi Kavillioğlu this week told Anadolu Agency, reciting a hadith-teaching-of the Prophet Mohammed. "Therefore, I condemn all types of terrorism."

He said Hatay is a center of tolerance where Sunni Muslims and Alevis, various Christian sects, as well as Jews have been living in peace for centuries without any religious or ethnic discrimination. "Whatever a person's beliefs or lifestyle, Islam teaches that all lives are blessed. Terrorism has no language, religion, or ethnicity."

Saul Cenudioğlu, the head of Hatay's Jewish Community Foundation, also condemned all types of terrorism, saying that all faiths forbid terrorism. "Our spaces for prayers might be different. We pray at the synagogue, Christians pray at the church, and Muslims at the mosque, but the source of our prayers is the same: we all believe in one God," Cenudioğlu told Anadolu Agency.

"No religion says 'kill.' Saying 'Allahu Akbar" [God is great] and then killing someone doesn't belong to any religion. Those [terrorists] who do it belong to no religion, they are not human beings."

Cenudioğlu also called for unity in Turkey, and wished peace for the entire world.

Fadi Hurigilm, head of the eastern Orthodox Church Foundation in the town of Antakya (ancient Antioch), which is within the province of Hatay, also condemned terror attacks, saying such malicious acts will never be able to shake the solidarity in Turkey. "Although the colors of our eyes may differ, the colors of our tears are the same. If anything happens to anyone, we all cry and share the same pain," he said. The multi-faith condemnations of terror and calls for peace come amid Turkey's fierce struggle against various terrorist groups both at home and abroad.

Ankara has been taking steps to crack down on Daesh ever since 2014, when the terrorist group launched a series of suicide bombings in Turkey.

Turkeys' fight against the PKK/PYD both at home and in northern Syria also continues. The PKK, which resumed its decades-old armed campaign in July 2015, is listed as a terrorist organization by Turkey, the U.S., and the EU, and Turkey points to the PYD as its Syrian affiliate.

Since July 2015, over 1,100 people, including over 800 security personnel and over 300 civilians, have lost their lives due to PKK attacks. More than 4,000 security personnel and over 2,000 civilians have also been injured. Turkey also continues its operations against the Gülenist Terror Group (FETÖ), responsible for the July 2016 defeated coup. Turkey requests the extradition of U.S.-based FETÖ leader Fetullah Gülen, who is responsible for leading the coup plot, which killed at least 248 people and injured nearly 2,200.
RELATED TOPICS