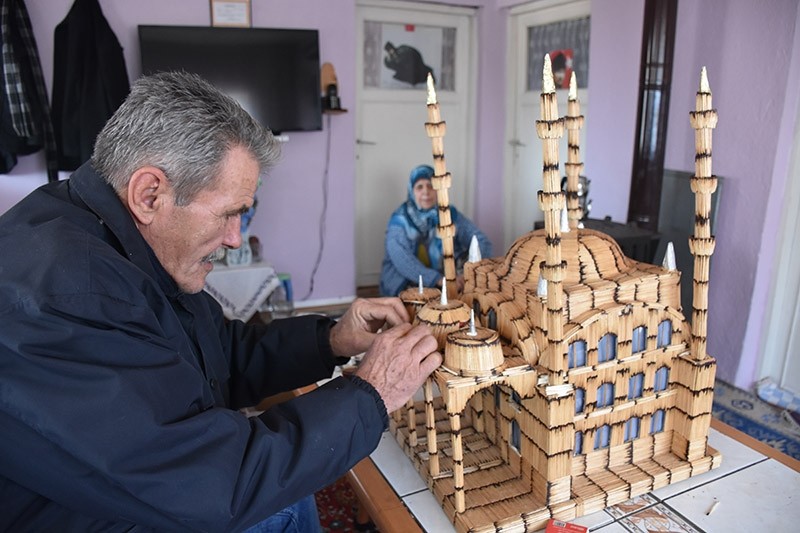 A 69-year-old retired man living in the western Turkish city of Aydın built a miniature mosque with 8,500 matchsticks.

Hasan Efe, from the İncirliova district of Aydın, said that it took him three months to complete the building of the miniature mosque, which has four minarets.

Efe noted that he worked as cab driver for 26 years, before being retired, and that after his retirement he started building portraits, different model objects with matchsticks, as well as Quran covers with wood as a hobby.

Efe also noted that the mosque with four minarets is his masterpiece, which took him the longest period of time to be completed among all his projects.

''My neighbour's son recently married. When we were having a talks with his bride, Fatma, she told me that she never missed any prayer since she was 12 years old. I was impressed that she never missed prayers for such a long time, and I decided to name this miniature mosque after her,'' Efe said.

Efe stressed that he never sells his handcrafts, but gives them away as gifts.