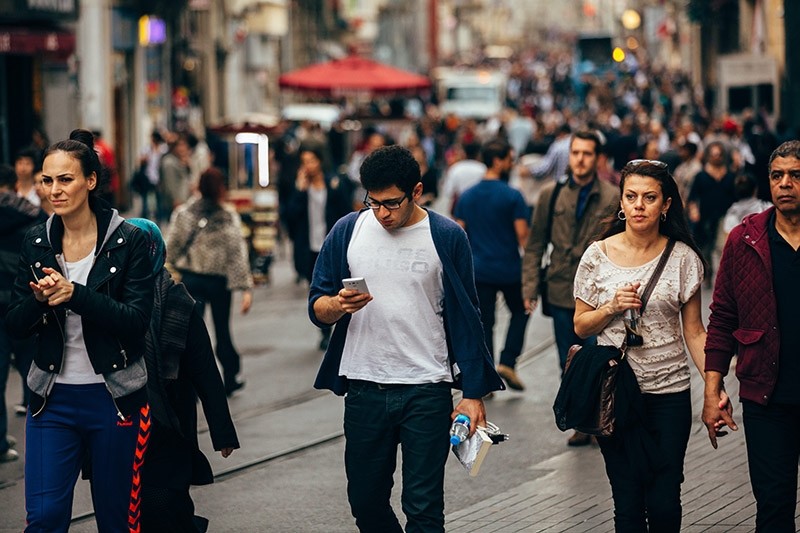 Turkey’s population reached 79.8 million last year according to figures released yesterday, but the growth rate remains at 1 percent, a concerning figure for the aging country

The Turkish Statistical Institute (TurkStat) has announced Turkey's 2016 population on Tuesday, saying that it only grew 1 percent, a figure that might worry policymakers seeking to encourage a boost in the population growth in the face of an aging populace.

Istanbul, the most crowded province of Turkey, had a population of 14.8 million in 2016, a 1 percent rise compared to the previous year.

On the other hand, the eastern Tunceli province was the least populated province of Turkey, with a total population of slightly over 82,000.

The figures exclude some 3 million refugees, mostly from Syria, who fled persecution and conflicts at home to Turkey, one of few stable countries in its region.

Despite remarkable economic growth and improvements in social benefits, Turkey lags behind its ambitions to increase its population, which, like the other developing countries, faces the risk of a rapidly aging population.

Projections made previously by TurkStat show that the number of elderly people will increase to 10.2 percent by 2023 and rise even further in the following decade. Experts link these projections to a decline in fertility and new treatments being available to increase longevity.

Ankara seeks to encourage population growth in the country and hopes to boost numbers by offering incentives to larger families such as longer paid leave and social benefits. Since his tenure as prime minister, current President Recep Tayyip Erdoğan has continued to promote population growth, advocating that families should have at least three children to boost Turkey's population.

Recent reforms by the government, which focus on social benefits and female employment, have taken the slowly aging population into consideration.

The reforms aim to create a balance between the work and personal lives of the population. These are intended to contribute to Turkey's 2023 goals while simultaneously maintaining Turkey's young population and labor force that constitutes a large part of its economic growth.

With Turkey's growing economy being fueled by industrial investments and a booming service sector, the country has also seen populations increase in smaller cities and towns. A number of those living in urban areas and towns were higher again compared to those living in the rural areas. It showed a small rise from 92.1 percent in 2015 to 92.3 percent in 2016.