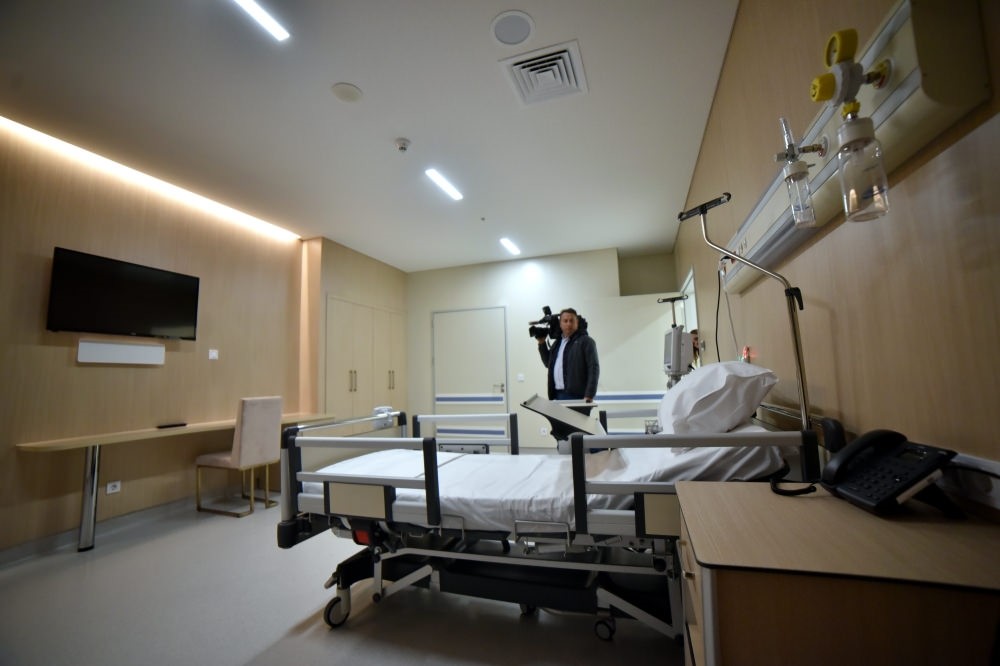 A modern hospital complex, the place provides more access to a diverse array of health services for the public than an ordinary public hospital and will be operated by the private sector.

The "city hospital" is the latest in Turkey's ambitious healthcare reforms since the Justice and Development Party (AK Party) came to power more than a decade ago. It introduces an efficient way to manage the healthcare system by putting the private sector in charge for a limited time. The hospitals also reflect how far Turkey has come, from a crumbling system where public hospitals were clogged with an influx of patients and where the poor were forced to stay until they paid their treatment expenses.

The hospital has 1,253 beds and will have a capacity to serve about 12,000 patients daily. Turkey also plans to promote health tourism both in the hospital in Mersin and other city hospitals for patients seeking better treatment abroad. The hospital houses several "suites" and "grand suites" designed for these health "tourists." 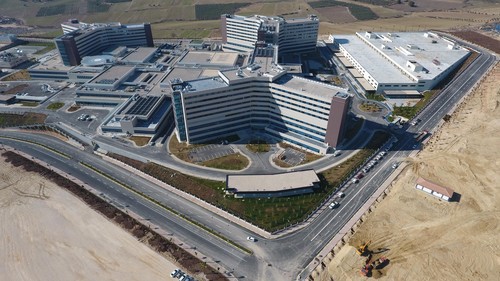 The hospital, built in a 374,000-square-meter area, joins more than 30 hospitals in 22 cities with a total capacity of at least 41,000 beds as the country aims to complete more such hospital projects across Turkey by 2020.

Apart from smaller cities like Elazığ, Gaziantep, Konya, Adana, Manisa, Isparta, Kocaeli, Kayseri and Mersin, the city hospitals will be built in the larger cities of Istanbul, Ankara, İzmir and Bursa. The government says the new hospitals will boost health standards in the country, which also accelerated the launch of smaller public hospitals to reach more of the population.

Mainly built in the suburbs, the hospitals aim to improve health standards by significantly increasing the hospital bed capacity and addressing the shortage of doctors. These large hospital complexes will provide services in a diverse range of medical specialties not available in a single hospital in many cities. To ensure the quality of services, the government has adopted a public-private partnership model in the construction and operation of the complexes. The city hospitals will be leased to private companies, and the government will only pay fees for medical imaging, laboratories, security, maintenance and healthcare worker salaries. 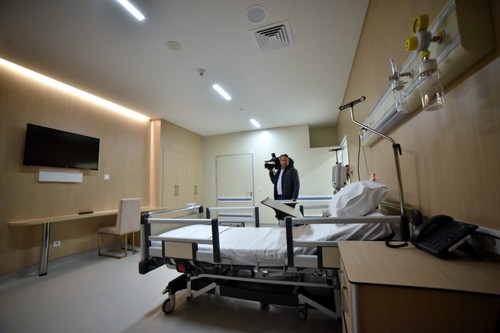 In recent years, Turkey has taken steps to rejuvenate the crumbling healthcare system. Hospitals run by the Health Ministry and Social Security Fund (SGK), formerly known as the Social Insurance Fund, were merged to prevent overcrowding in the latter. The government also cut the red tape in the treatment of patients with social security at teaching hospitals. Existing hospitals have been modernized and more than 500 new hospitals have opened all across Turkey.

President Recep Tayyip Erdoğan, who previously served as prime minister of the AK Party, pioneered the "city hospital" concept, which he has described as his "dream for 14 years."

Speaking at the inauguration ceremony in Mersin, President Erdoğan said the hospital marked "a new era" for Turkey. "This is a project I was always interested in accomplishing. This was a project I had envisioned for years when I saw similar hospitals during my visits abroad. I am happy that Turkey finally accomplished it," he said.

He said the city hospitals would "remind the public that their health care was really cared about by the state."

He said the project aims to address the health problems of citizens in one place rather than different hospitals scattered around several cities. "The hospitals have the luxury of five-star hotels and they, in a way, upgraded Turkey's healthcare system," he said.

Erdoğan said every hospital room was spacious with all the amenities common in residences. The facilities are a major improvement compared to those common in "Turkey in the past where hospitals were overcrowded with patients, where a healthy person visiting a hospital would leave it in ill health" due to the decrepit nature of the facilities and the red tape.

The president gave the example of U.S.'s "Obamacare" failing and said Turkey accomplished its mission in overhauling its healthcare system. "In the past, you could not find a doctor or a hospital [as they were too busy and the hospitals were too crowded]. People had limited access to medicine," he said and added that the new reforms ended the plight of the public regarding access to the health care system.
Last Update: Feb 04, 2017 11:56 am
RELATED TOPICS