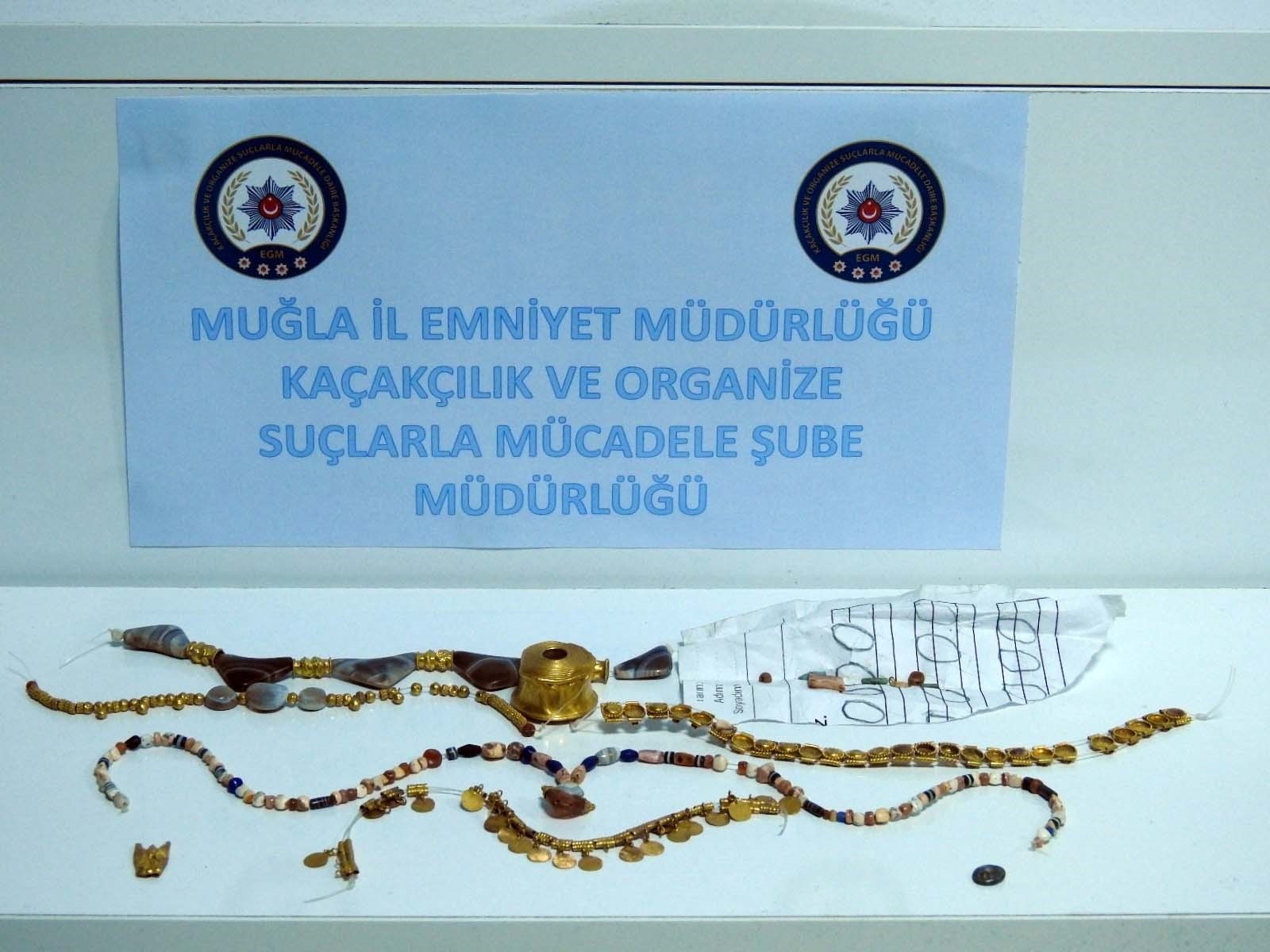 The items which were seized by the anti-smuggling and organized crime officials were displayed in Muu011fla province on Tuesday, February 7, 2017. (DHA Photo)
by Daily Sabah Feb 07, 2017 12:00 am

Police have seized Hellenistic jewelry with an approximate market value of 1 million Turkish liras ($267,000) from the flat of an antiquities smuggler in Turkey's western Muğla province.

Police carried out the raid on the suspect's flat after receiving a tip-off that he was involved in illegal excavation and the smuggling of cultural property.

Several pieces of Hellenistic jewelry, each from various eras, as well as four rifles were confiscated by security officials. The suspect was later arrested pending a court ruling and the items were given to Muğla Museum. 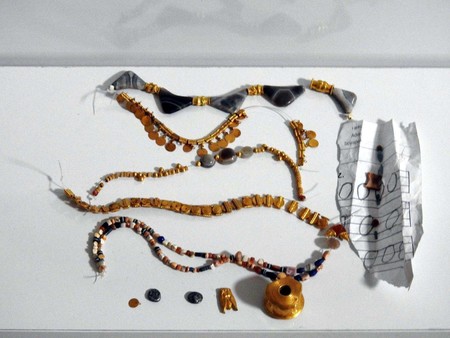